The UKs capital has moved up six places to 2nd position in the Schroders Global Cities 30 index, narrowly missing out on first place to Los Angeles. 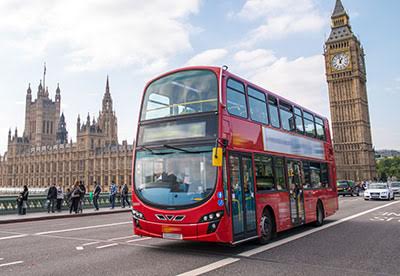 The index ranks countries based on a number of economic indicators, including the projected growth of the economy, disposable incomes over the next decade, and the size of the population.

Paris was the only other European city to feature in the list, falling from 12th to 16th place, while the US continues to dominate with 17 of the 30 cities in the index.

"If we add the global strength of its universities, London remains a favoured place to invest."

The top 10 cities in the index are shown below: 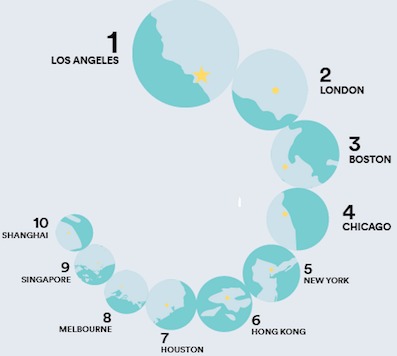 One of the main reasons for whether a city moved up or down in the index this year was the factoring in of university ranks when compiling the list.

This was reflected in many university cities on the West Coast of the US making the index, and some Chinese mega cities making significant falls, despite previously dominating the list.

Beijing slipped from first place to 11th, shanghai fell from second to 10th, and Shenzhen dropped from third to 24th, while Los Angeles jumped from sixth place to first, Boston jumped from 24th to third, and Chicago from 10th to fourth.

"It is no surprise that the cities that have benefitted from the inclusion of the university rank are on the West Coast of the US. Knowledge based hubs are growing in economic strength.

"Chinese cities still rank extremely well with Shanghai and Beijing. Shenzhen, despite emerging as a knowledge base economy, does not have the tertiary education that ranks as highly as the two more established Chinese cities."