New rules will be introduced to crack down on fraudulent whiplash claims, it was announced in the Queens speech this morning. 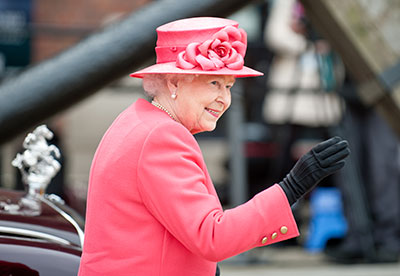 The Civil Liability Bill is expected to reduce insurance premiums by an average of £35-£40 per year, and will ban offers to settle claims without the support of medical evidence.

However, there was no update on changes to the discount rate made earlier this year, which are estimated to have increased average premiums by £25-£50, and £100-£200 for younger drivers.

"Whiplash reforms are welcome but long overdue. Young drivers in particular have seen disproportionate increases to their premiums due to a range of factors - not least the dramatic change to the Ogden rate," insurethebox CEO, Mike Brockman, said.

"This is at least a glimmer of hope for the vast majority of honest motorists who are subsiding the dishonesty of a small minority of others."

The Queen's speech also introduced a new Automated and Electric Vehicles Bill, which extends motor vehicle insurance to cover the use of automated vehicles, and will provide new installation of charging points for electric cars.

In addition, a new Financial Guidance and Claims Bill will combine three financial advice bodies into one, which will coordinate the provision of debt advice, and money and pension guidance.

However, plans to replace the pensions triple lock with a double one have been shelved, as well as proposals to means test the winter fuel payment, and there was no mention of changes to the state pension age.

In addition, the controversial 'dementia tax' changes to social care have been put on hold, and will be subject to a consultation, while there was no bill proposed for possible changes to DB pensions following a recent green paper.

"All in all a bit of a non-event for us in the pensions industry," Barnett Waddingham senior consultant, Malcolm McLean, said. "However, there is still a lot of uncertainty about the future of pensions and what further changes may be yet to come."

There were eight new bills regarding Brexit announced, including the Repeal Bill which will convert EU law into UK law, while a bill setting out the next phase of the high speed two railway was also introduced today.