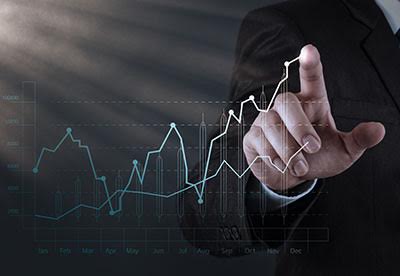 This is due to stronger than expected growth in the latter half of 2016, with GDP expected to increase by 0.4% in the second quarter of this year, after a disappointing expansion of just 0.2% in the first three months.

The confederation believes that exporters can be a catalyst for growth due to the fall in value of the pound amid a solid global economic backdrop, but expects domestic demand to be subdued as real wages are hit.

"The resilience in the UK economy over the second half of last year is a testament to businesses of all sizes and sectors," CBI chief economist, Rain Newton-Smith, said.

"Even accounting for weaker growth at the start of 2017, the momentum from last year gives us more of a lift as we move ahead, and this explains our higher annual growth forecast relative to November."

The CBI also upgraded its projections for business investment to 1.3% this year and 1.5% in 2018, up from its November forecasts of 0% and -1.2% respectively.

However, the organisation said that its forecasts are subject to a high degree of downside risk, with the UK's future relationship with the EU potentially having a more adverse impact than expected.

Director-general, Carolyn Fairbairn, said that negotiators on both sides of the Brexit talks should put trade, jobs and people first by agreeing transition arrangements, and guaranteeing EU citizens' rights early on to set the right tone.

"But the less likely a deal starts to look, the harder it will be for firms to recruit and retain talent, as well as push the button on big investment decisions. We must get Brexit right," she said.

"To achieve this, now is the time to build the best partnership anywhere in the world between business and government, shoring up the foundations of our economy.

"Firms of all sizes, from start-ups to multinationals, are ready and up for the challenge."

With inflation above the Bank of England's target, and three out of eight members on the Monetary Policy Committee recently voting to increase interest rates, the CBI expects a small rise to 0.5% in the third quarter of 2018, with further increases likely.