Delaying the implementation of carbon capture and storage (CCS) technology to reduce CO2 emissions in the atmosphere will add £1-2bn a year to costs throughout the 2020s in Britain. 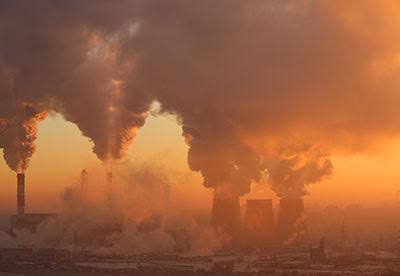 That is according to estimates by the Energy Technologies Institute (ETI), and its new report, which shows that the UK has "more than enough" potential CCS sites to meet legally binding greenhouse gas targets by 2050.

This comes after the National Audit Office revealed earlier this year that the government spent £100m on CCS projects, before cancelling them over fears surrounding the associated long-term costs.

"Cancellation was a major setback for the decarbonisation of the fossil power and industrial sectors in the UK," the ETI report states. "They were considered too expensive, in part caused by the fact that they were sub-optimally sized."

CCS traps the CO2 from coal and gas power plants and buries it permanently underground so it cannot warm the climate, with the UN previously concluding that it was hugely important to tackling climate change.

The ETI report states that there are no technical barriers to the storage of CO2 that would limit the CCS industry developing at scale in the UK, and that it could make a considerable contribution to decarbonising the industrial sector.

It states that although the costs of transport and storage from most projects will be high, once shared infrastructure has been developed, the decarbonisation of industry by CCS can be rolled out at an attractive cost.

In addition, it highlights how CCS is particularly attractive as it is suitable for power generation, the capture of industrial emissions, providing low-carbon energy supplies, and delivering 'negative emissions'.

"Internationally, in the short period since the cancellation of projects, confidence in the technical success of the industry has grown with the successful operation of plants in North America," the report says.

"However, key stakeholder confidence in the UK has been eroded by successive cancellations. A clearer picture of risk allocation within the project chain and value recognition is needed to regain momentum."