One third of workers made redundant in the UK last year were aged over 50  the highest proportion recorded this century, according to research by financial services company, Just. 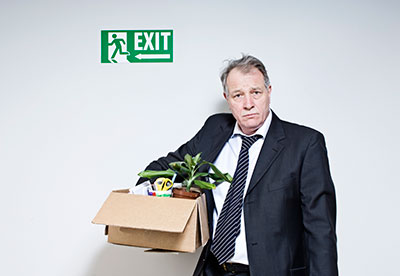 Although most age groups are on a downward trend in regards to redundancies, the opposite is true for older workers, who accounted for 24% in 2000 and 34% last year.

As a result, reduced pensions contributions are adding additional pressure on saving, with over-50s having less time to grow their pots unless retirement is delayed.

"At a time when people are being urged to work later in life so they can build up adequate retirement funds, this is a worrying trend," Just group communications director Stephen Lowe, said.

"It's hard enough to build up big enough private pensions to deliver the required income, even for those with an unbroken work record. It becomes nigh on impossible when people miss months or even years of work, losing out on contributions."

The proportion of UK redundancies by age from 2000-2016 is shown below:

The research shows that over-50s also find it harder to obtain another job after being made redundant, with just 29% finding work within three months, compared to 44% of those aged 35-49.

In addition, older workers were found to be more likely to still be unemployed 12 months after losing their job than younger people.

"Not only is the job market slanted in favour of younger generations, they also have a lot more time to recover financially than older people," Lowe said.

The findings also reveal that 42% of people aged over 65 were forced to retire or go part-time earlier than expected due to circumstances beyond their control, mostly due to redundancies or poor health.

The earliest that people can cash in their private pension savings is 55, however, Lowe believes the threat of losing your job or possible sickness should act as a deterrent, warning that people are more likely to fall into a "pensions gap".

"Ideally people in their 50s should have a financial plan to deal with some of the 'what ifs'," he said. "Our advice is 'mind the gap' - cash released from a pension today is going to leave you financially less well-off tomorrow."