The general election result could offer hope for businesses that had feared the impact of a hard Brexit on recruitment, according to analysis by ManpowerGroup. 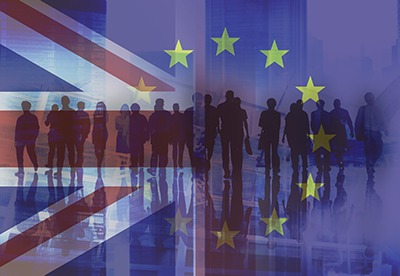 Its poll of 2,109 UK employers recorded a net score of +5% in regards to hiring over the next quarter, with a positive result indicating plans to increase staffing levels, and a negative one reflecting the opposite.

This is despite uncertainty surrounding what the government's priorities will be in Brexit negotiations, and when the talks will officially commence, after Theresa May failed to secure an overall majority at last week's election.

"Employers have faced a triple whammy of uncertainty over the last few months, a snap election, the triggering of Article 50, and weak economic data for the first half of 2017," ManpowerGroup Solutions managing director, James Hick, said.

"You might have expected hiring confidence to have taken a real hit, but employers have been standing firm. Unquestionably they feared the outcome of a hard Brexit on the jobs market."

Hick went on to say that the election outcome throws the Conservative Party's plans to slash immigration to the "tens of thousands" into doubt, as well as their commitment to double the levy on non-EU workers to £2,000.

Citing figures from the Office for National Statistics, he said: "People might be surprised to learn that in the last year, 80,000 Bulgarians and Romanians entered the UK workforce, while the size of the UK-born workforce did not increase at all."

"This demonstrates just how accustomed we have become to a steady stream of labour from overseas. Slamming the door shut will leave us seriously exposed."

Manufacturing was found to be the strongest performing sector in the UK in regards to recruitment, with a positive outlook of +7%, however, public sector hiring confidence has slumped to a six-year low of -6%.

This comes after it was reported yesterday that the number of new nurses from the EU registering to practice in the UK fell from 1,304 in July last year to just 46 in April 2017.

"Both main parties pledged a rise in NHS spending. However, with the public sector outlook in the doldrums, employers don't seem to think that hiring is going up any time soon," Hick continued.

"With about 10% of our doctors coming from EU countries, and record numbers of EU nurses already looking to leave the NHS, the health system faces a very real staffing crisis unless these potential skills shortages are rapidly addressed."