Only 38% of people aged 18-30 in the UK support the triple lock, and 43% would like to see pensions rise relative to price inflation instead, according to research by Aegon. 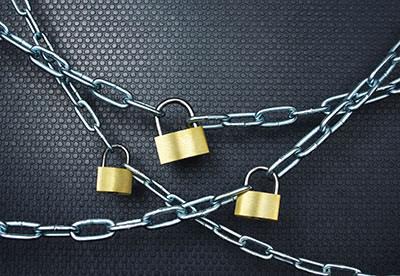 In comparison, nearly three-quarters aged 70 and over are in favour of keeping the system which links pension increases with wages, prices or by 2.5%, while 68% of the over-60s support it, and 49% of those in their 40s want it to remain.

However, given that some young people still have 50 years until retirement, and that pensions have risen £107 more a year since the initiative was introduced, replacing it with a single or double lock could see them miss out significantly.

"It is the income tax and National Insurance contributions of today's working population that are funding the payments those in retirement receive," Aegon pensions director, Steven Cameron, said.

"However, in the long run, younger workers could miss out from a pension that is constantly uprated by a minimum of 2.5% before and after they retire, highlighting the intergenerational impacts that policy changes can have, not just now, but also in the future, as people's priorities change over time".

In any case, it appears that young people will not get their wish of having the triple lock replaced after Theresa May failed to achieve an overall majority in yesterday's general election.

The PM had planned to move to a double lock system, based on inflation or wage rises, but it is thought she will now struggle to get controversial plans through parliament, and will have to focus on forming a workable majority instead.

In addition, efforts to scrap the triple lock could be complicated further if she attempts to seek an alliance with the Democratic Unionist party (DUP), as it would go against the Northern Ireland party's policy.

"The Conservatives will need the votes of the DUP in order to have a working majority, but the DUP manifesto clearly states that there should be no change to the triple lock," Thomas Miller Investment managing director, Matthew Phillips, said.

"The triple lock has done its job of addressing pensioner poverty, and the money saved through reducing it to a double lock could have gone some way to addressing some of the issues that the younger generation are struggling with.

"It seems that any opportunity to grasp this and actually redistribute money in these straitened times, while still treating pensioners fairly, has been missed."