The result of the UK general election will cause mayhem across global financial markets as they react to the political uncertainty engulfing the country, according to deVere Group CEO, Nigel Green. 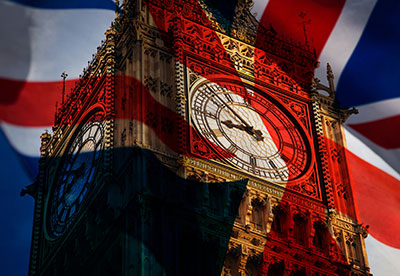 A surge of support for the Labour party in the final weeks of the campaign resulted in Theresa May unable to secure an overall majority, and her future as PM in doubt.

The pound plunged by as much as 1.7% against the US dollar as the news broke - the largest one-day drop since October last year - just 10 days before Brexit negotiations were officially set to commence.

"With Theresa May's job now surely on the line, and a clear shift in voting dynamics across Britain, there is another enormous cloud of uncertainty about who will lead Brexit talks and how they will do so," Green said.

"We're entering into a perfect storm of chaos, and the uncertainty is set to unleash mayhem across global financial markets, as they react to the growing question marks hanging over the British parliamentary landscape.

"We can expect the pound to fall considerably, gilt prices to rise and UK-orientated stocks to come under further pressure as the UK tries to get a handle on what is happening before it officially starts the Brexit negotiations."

Ironically, it is thought that the political uncertainty could create short-term stability in pensions and social care policy, as controversial proposals are likely to be harder to get through parliament.

With the Conservatives' plans on both issues at odds with those of other parties, reform is expected to be unlikely in the short-term, with the government set to focus on short-term priorities like securing a workable majority.

"While reforms of state pensions and social care funding featured heavily in the campaigning, they are now unlikely to be short-term priorities," Aegon pensions director, Steven Cameron, said.

"The political uncertainty we face could actually create short term stability on pension and savings policy.

"In the meantime, investors should continue to take a long term view and avoid any knee jerk reactions. It's worth speaking to an adviser before making any hasty decisions."

Theresa May has signalled her intention to carry on as PM, with the Tories expected to seek a deal with the Democratic Unionist party, which would give them a combined 329 MPs in the commons, above the 326 needed to form a government.