Economic growth worldwide will increase from a rate of 3% in 2016 to 3.5% this year  the fastest expansion of global GDP recorded since 2011, according to the OECDs latest Economic Outlook. 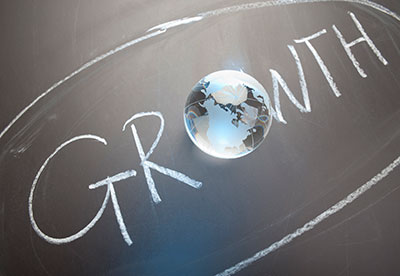 In addition, growth will increase to 3.6% in 2018, with stronger business and consumer confidence, rising industrial production, and recovering employment and trade flows, all expected to contribute to the improvement.

Although these figures signify progress, they are still well below those recorded before the financial crisis in 2008, and not at the pace needed to escape fully from the 'low-growth trap'. 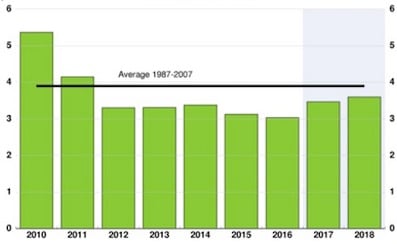 Although many countries have had their forecasts upgraded by the OECD, the UK's was unchanged, with GDP growth expected to slow from a little under 1.75% this year, to 1% in 2018.

However, these projections are based on the assumption that trade arrangements with the EU will be based on WTO rules following the UK's departure from the bloc in 2019.

Although the OECD report highlights how some factors could push global GDP up, financial risks and vulnerabilities in advanced and emerging economies, as well as high policy uncertainty, could see this growth jeopardised.

"Policymakers cannot be complacent," OECD chief economist, Catherine L Mann, said. "Better choices on fiscal, structural and international policies will improve the well-being of a country's own citizens, but also spill over to improve the outcome for others.

"This will raise the probability that the current cyclical upturn will endure and become the foundation for sustained and broad-based improvements in living standards around the world."

Sign up to our free newsletter here and receive a weekly roundup of news concerning the actuarial profession
This article appeared in our June 2017 issue of The Actuary.
Click here to view this issue
Filed in
06