'Urgent' need to address confusion around ethical investment in UK

Half of the UKs eligible population is investing their personal wealth in a way that will benefit society, or are interested in doing so, according to a report by Ethex.

Half of the UK's eligible population is investing their personal wealth in a way that will benefit society, or are interested in doing so, according to a report by Ethex. 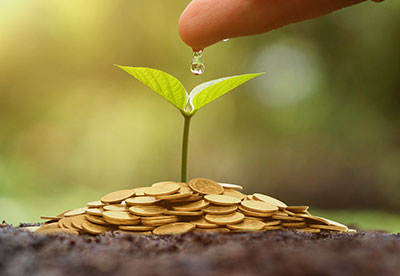 However, it shows that 50% do not know enough about positive investment and savings, while 39% are unsure if they could expect a stronger or weaker return than they would making a traditional investment.

It was found that people are most interested in funding projects that would improve health, social care, and old age support, and the majority would prefer positive investment to have an impact in their local area.

"Our research clearly demonstrates that interest in positive investment in the UK is high, however, there is also much confusion and misunderstanding around investing positively," Ethex CEO, Lisa Ashford, said.

"Providers have a lot of work to do in educating people, as well as meeting the growing demand for positive investment products."

The research reveals that 20% of people that are over 18 and do not consider themselves to be in debt, already hold positive investments, and a further 31% would be interested to do so for the first time.

In addition, 39% would like to commit more of their wealth to positive investment, however, it was found that people aged under 40 are the most keen, suggesting it is mainly a select group of society that are making such investments.

The report states that people in this age group are more willing invest a higher proportion of their wealth, and to forego financial returns, in favour of positive social and environmental outcomes.

It concludes that positive current and savings accounts should be offered to skeptics of positive investment, rather than more complex products, and that they should be given honest and direct explanations about the level of financial return they can expect.

While under-40s should be targeted through social media and internet search engines, rather than just in the financial pages of newspapers and magazines which they are less likely to read.

"Providers need to open up the echo chamber beyond the relatively elite group they are currently communicating with and produce simpler products that tackle the issues people most care about, while providing investors with a financial return," Ashford continued.

"We would urge mainstream financial institutions to act now to offer a wider range of simpler positive investment products that more fully meet the needs of what their customers are demanding.

"By doing this we can hope to change positive investment from a minority pursuit to a mainstream one."