ClientEarth has announced today that it will be taking the UK government back to the High Court in an effort to have its draft plans to clean up the countrys air pollution improved.

ClientEarth has announced today that it will be taking the UK government back to the High Court in an effort to have its draft plans to clean up the country's air pollution improved.
31 MAY 2017 | CHRIS SEEKINGS 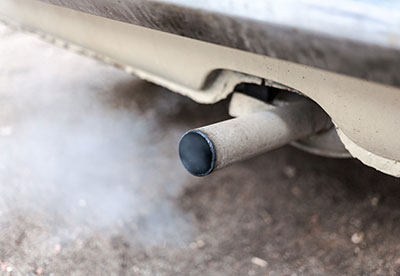 The environmental law group said that the proposals had "major flaws" which do not bring air pollution down to legal levels in the shortest time possible, as required by law.

It is the third time the organisation has challenged the government on the issue, and comes after the Department for the Environment, Food and Rural Affairs (Defra) refused to make improvements to the plans.

"We have been looking at the fine detail of the draft Air Quality Plans published by the government. We have found some major flaws," ClientEarth CEO, James Thornton, said. "The government's plans and consultation do not match what its own evidence says needs to happen.

"If the evidence shows that taking certain measures will be necessary to tackle the public health crisis of polluted air, then the plans and associated consultation needs to make that clear."

Government research shows that NO2 levels in the air are above legal limits in almost 90% of urban areas, and responsible for approximately 23,500 early deaths in the UK each year, with diesel vehicles mostly responsible.

Defra's consultation paper proposed the introduction of ‘clean air zones’, and incentives to encourage the use of low emission vehicles, but was criticised by ClientEarth for not committing to a scrappage scheme for dirty diesel cars.

The group are now calling on members of the public to let the government know what they think of the draft plans, and will launch an online consultation tool tomorrow to help people respond to the proposals.

"We are challenging on two fronts because of the urgency of this public health crisis. We're asking the High Court to consider the problems with the plans and consultation," Thornton continued.

"That is now in the court's hands. In the meantime, it is important for as many people as possible to tell Defra that the plans don't make sense and won't tackle illegal air quality in our towns and cities."

The High Court has given the government until 31 July 2017 to produce their final plans.