The UK's GDP grew by 0.2% in the first quarter of 2017, according to the Office for National Statistics (ONS), down from its preliminary estimate of 0.3% last month. 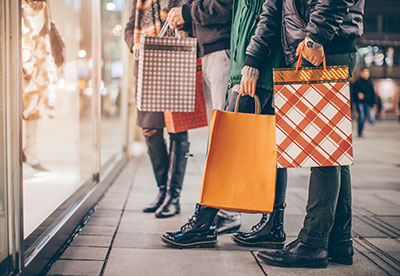 Inflationary pressures were found to have hit consumer-focused industries, such as retail sales and accommodation, which led to "subdued" growth of 0.2% in the services sector, compared with 0.8% in the previous three months.

Growth in the sector remained positive largely due to strong performances by business and financial services, but the overall slowdown contributed 0.06 percentage points to the downward revision to GDP.

"Today's GDP data indicates that the economy slowed even more than previously estimated in the first quarter of 2017, as consumer spending power was squeezed by rising prices," PwC chief economist, John Hawksworth, said.

"But it was not all bad news. Business investment picked up somewhat in the first quarter and government investment was noticeably stronger, helping to offset the consumer slowdown.

"The finance and business services sector also held up relatively well, while both manufacturing and construction showed modest positive growth."

The ONS said that it had revised it preliminary estimates, published on 28 April 2017, primarily because of the receipt of late data for January and February.

The new estimate of 0.2% for UK GDP growth is equal to that of the USA and Italy. Germany experienced the highest increase of 0.6%, while Japan and France saw growth of 0.5% and 0.3% respectively.

That is based on the latest statistics from the Organisation for Economic Co-operation and Development, which show the EU grew by 0.5% in the first three months of this year, marking 16 consecutive quarters of positive growth.

"The UK economy has been hit by the rising cost of living, largely caused by Brexit-related falls in sterling, and rising input prices worldwide," The Share Centre economics commentator, Michael Baxter said.

"However, it has been a different story in the euro area, as Mark Twain might have said if he were alive today, 'reports of the death of the euro economy have been greatly exaggerated.'

"But investors need not worry too much about the poor performance in the first quarter as to a large extent this is already reflected in share prices.

"Of more relevance is whether the apparent improvement in April continues. We will know more next week with the latest purchasing managers indexes covering May."