Some 35% of retirees in the UK are worried that they will run out of money before they die, and a quarter dont think they have enough in their pensions to cover retirement. 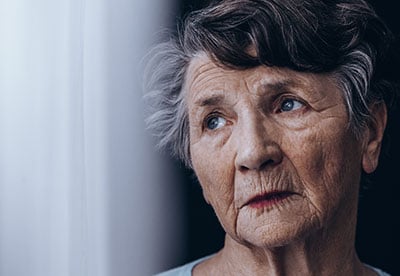 That is according to SunLife research, which shows that those aged over 50 but not retired are even more concerned, with half believing their cash will dry up before they die, and 47% thinking they do not have enough in their pension pot.

It is thought that this may explain why 85% of retired people believe they stopped working too early, with the number rising to 88% among those who are now older than 70.

"Our research shows that the vast majority of retired people think they retired too early." SunLife director of marketing, Ian Atkinson, said. "While there could be many reasons why they feel this way, our research suggests that money is the main issue, as a third are now concerned their money won't last as long as them."

The research involved interviewing 50,000 people aged 50 and over, with 28% of retired people saying money was their biggest concern for the future, rising to 38% for those that have not yet retired.

Figures from the Office for National Statistics show that these money fears may be justified, with life expectancy for a 65-year-old woman now 85, and 83 for a 65-year-old man, up two years from ten years ago.

This means that people will still have 18-20 years to fund after retirement, and could explain why one in seven people aged 66+ are still working, and 20% of retirees earn money from something other than their pensions, savings or investments.

"Many people in their 50s, 60s and 70s have made big changes in their work lives, by either dropping to part-time, or giving up stressful careers to do something they are more passionate about," Atkinson continued. "Far from being the end of working life, for many, turning 50 actually offers a brand new start."

This comes after previous SunLife research revealed that 62% of over 50s believe they have missed out on a job because of age discrimination, and 5% think they have been encouraged, or forced to retire.

With the UK's ageing workforce getting larger, and pressure on the pensions system increasing, there are calls for companies to recognise the value in older workers.

"50 is definitely not old, and with life expectancy and retirement age rising year-on-year, life after 50 certainly doesn't mean the need to slow down or take it easy - and more businesses need to realise that," Atkinson added.