Some 48% of venture capital firms in the UK have no women on their investment teams, while 66% do not have any that are final decision makers, according to a report by Diversity VC.

Some 48% of venture capital firms in the UK have no women on their investment teams, while 66% do not have any that are final decision makers, according to a report by Diversity VC. 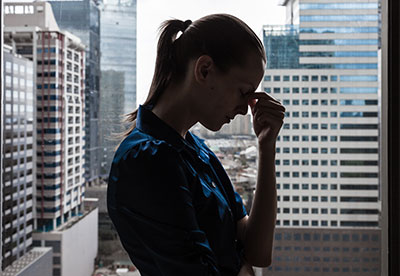 It reveals that just 27% of employees in such companies are female, compared with 47% of the UK workforce, and that only 13% of those who make the final investment decisions are women.

This has led to concerns that the lack of diversity will have an impact on the culture of many companies, with six out of ten of the world's most valuable firms having been fuelled to success by venture capital.

"In a deal-doing environment, there's an obvious risk that the narrative becomes too macho and gung-ho, if there isn't the right balance and range of perspectives within the team," BVCA vice chairman, Calum Paterson, said. "That has the potential to undermine the quality of decision making and produce sub-optimal outcomes."

By deal value, the UK is the largest venture capital market in Europe, with $4.8bn (£3.7bn) invested last year, and Britain responsible for 18 companies whose value exceeds $1bn.

The report shows that larger companies have a higher level of female representation. In firms with 21 or more employees, women represent 37% of all staff, while in companies with fewer than five workers, the number drops to 15%.

In addition, as investment teams increase, they were found to be less likely to be entirely composed of men, with one exception to this trend being when teams are between 11 and 15 in size, which results in 74% all being male on average.

Despite this, the UK compares favourably with the US, where 11% of decision makers are women (2% behind the UK), and 15% of all investors are female (3% less than in Britain).

The report cites research showing that companies with a mix of male and female senior management teams outperform their homogeneous competitors by 15%, and that diverse management teams make more effective decisions.

It recommends that venture capital firms attract, retain and promote more women, and that companies partner with aligned organisations to facilitate this.

"There's a lot of great work that has already been done by HR departments around the world to screen for recruitment bias. The key to significant change is for the industry as a whole to recognise that there is an issue," Balderton Capital general partner, Suranga Chandratillake, said.

"Once we accept that there's a problem, you have to commit to solving that problem - and putting it at the top of the list. Once you've seriously committed, the tactics of doing it are actually simple."