The UK subsidises coal to the tune of £356m each year, despite government proclamations to the contrary, according to a report by the Overseas Development Institute (ODI).

The UK subsidises coal to the tune of £356m each year, despite government proclamations to the contrary, according to a report by the Overseas Development Institute (ODI). 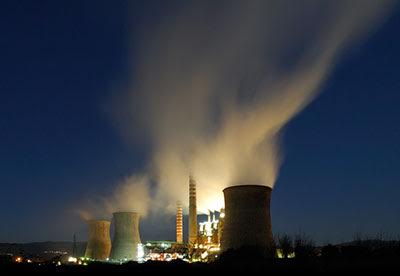 The Department for Business Energy and Industrial Strategy announced last November that it intends to close all coal-fired power stations by 2025, and the government actively denies providing any fossil fuel subsidies.

However, it refuses to undertake a peer review under the G20 process, and is accused of continuing to introduce new subsidies to the coal sector, with one plant receiving £60m last year alone to remain on standby during the winter.

"These subsidies to coal risk encouraging asset sweating, a strategy where coal plant operators delay shutting down their coal plants so they can continue to benefit from coal subsidies," the report states.

The UK is the only country out of France, Germany, Greece, Italy, the Czech Republic, Hungary, the Netherlands, Poland, and Spain, described as 'very poor' in its transparency of coal subsidy reporting.

These 10 countries are responsible for 84% of the continent's greenhouse gas emissions, and hand out 6.3bn (£5.3bn) in coal subsidies on average each year, despite promising to phase-out coal and transition to clean energy.

Germany provides by far the largest amount of coal subsidies, handing out 3.2bn each year on average, while France gives out 2m, the least of all the countries studied.

The report also shows that six of these countries have introduced 875m worth of new subsidies per year to support the coal sector since 2015 - the year of the Paris climate change agreement.

This is despite research showing that there are approximately 23,000 premature deaths in Europe every year as a result of coal burning.

"However as our research shows, governments are continuing to provide lifelines to coal by handing over new subsidies without which the coal industry would not be economically viable.

"Governments in Europe must stick to their promise to shift to low-carbon and efficient energy systems and focus any remaining subsidies on supporting workers and communities to move away from fossil fuels."