Pension fund chooses London as its 'European hub' despite Brexit

One of Canadas largest pension investment managers has chosen London as its new European headquarters, despite uncertainty in the City following the UKs vote to leave the EU last year. 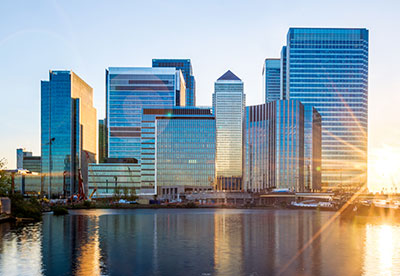 PSP Investments, which has $92bn of net assets under management, said yesterday that it would increase staff in London from 28 to 40 over the next 12 months, and boost investment across Europe by 20-30% over a five-year period.

The announcement comes after several UK-based financial institutions signalled their intention to move operations within the EU amid anxiety over how financial services will be regulated after Brexit.

"While there may be uncertainty in the short-term, we believe in the long-term the UK will remain an important global financial hub," PSP Investments CEO, André Bourbonnais, told The Actuary.

"London has a proven record that it can adapt to the future which means it continues to be a global centre of finance. Its inherent strengths including its people, legal system and financial infrastructure are difficult to replicate elsewhere."

It announced that it would increase its European exposure through a focus on long-term investments, predominantly in the private equity, private debt, infrastructure and real estate asset classes.

It already has several of these investments, including a joint venture with Aviva that includes 12 office buildings in the City, with Bourbonnais adding: "It is therefore a natural next step for PSP Investments to establish a European hub in London."

This comes after a survey of CEOs by the Confederation of British Industry (CBI) in March found that 54% are maintaining their current investment plans, and 26% are planning to boost them.

"As the country looks to the government to negotiate the best deal for business following the referendum, London's firms report that the outcome of the EU referendum is having a limited impact on operations so far," CBI London director, Eddie Curzon, said.

"It is imperative that the government provides firms with as clear a picture as possible as to the likely Brexit outcome to give them the confidence to invest and grow their business in the future."