The cost of employer-provided health care benefits worldwide are set to rise by 7.8% this year, up from 7.3% in 2016, according to a worldwide survey of medical insurers by Willis Towers Watson (WLTW). 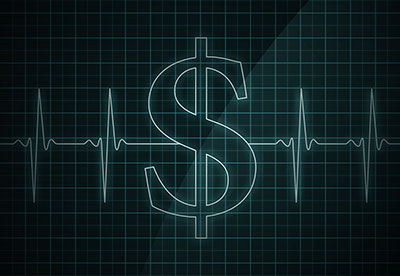 High medical technology costs, providers' profit motives and employees seeking inappropriate care, were all cited as reasons for the rising costs, with employers increasingly offering preventive care to combat this.

This includes well-being programmes, which are now being offered by three quarters of employers in the US, and by approximately half of those in Europe, with this expected to rise in the next year.

"Controlling rising medical costs is without question a top priority for insurers and employers around the world," WLTW Health and Benefits executive, Cecil Hemingway, said. "While progress is being made in some regions to stem costs, the vast majority of respondents continue to grapple with how to rein them in.

"And it's not for a lack of effort or innovation. In fact, more employers are implementing both traditional and innovative approaches to managing rising costs."

In the UK, medical insurance cost increases are forecast to hit 5% for the third year running, with the doubling of Insurance Premium Tax from 6% to 12% in the last two years cited as one of the contributing factors to higher costs.

The largest increases are projected to be in Latin America at 11.5% this year, while Europe continues to show the lowest level of rises, forecast at 4.5% in 2017.

The annual cost increases by region since 2015 (projections for 2017) are shown below: 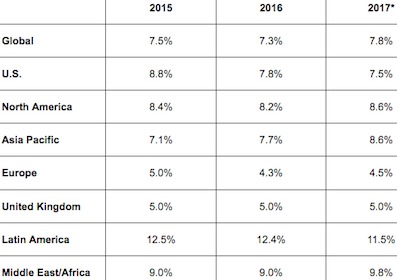 As well as well-being initiatives, personal health risk assessments, second medical opinions, and lifestyle and health education programmes are increasingly being offered by employers to tackle these rising costs.

Sign up to our free newsletter here and receive a weekly roundup of news concerning the actuarial profession
This article appeared in our May 2017 issue of The Actuary.
Click here to view this issue
Filed in:
05