The UK government has set out a list of proposals to tackle nitrogen dioxide (NO2) emissions in its air quality consultation paper released today. 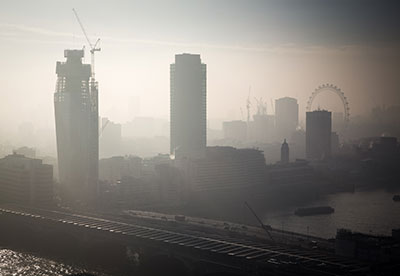 These include the introduction of 'clean air zones', where local authorities will be given legal duties to develop and implement plans to improve air quality in a way that delivers health benefits and supports economic growth.

Some of the measures proposed include encouraging local transport operators to use ultra low emission vehicles (ULEVs), exploring retrofitting technologies, and charging certain types of motors to enter or move within a zone.

"Air quality has improved significantly over recent decades through action taken by successive governments and new technologies, but levels of pollution, particularly in urban centres, are still too high," the paper states.

"Diesel road vehicles are the main source, so the measures set out in this paper largely relate to how we can reduce the impact of diesel vehicles and accelerate the move to cleaner transport."

The government had initially hoped to delay the publication of its consultation paper until after the general election in June, but was ordered by the High Court last month to produce its plans earlier.

However, ClientEarth, who brought the original case against the government, has described today's release as 'weak', highlighting its failure to commit to a scrappage scheme for dirty diesel cars.

"We are continuing to study the government's latest air quality plan, but on the face of it, it looks much weaker than we had hoped for," ClientEarth CEO James Thornton, said.

"The court ordered the government to take this public health issue seriously and while the government says that pollution is the largest environmental risk to public health, we will still be faced with illegal air quality for years to come under these proposals.

"The government has also failed to commit to a diesel scrappage scheme and this is a crucial element of the range of measures needed to persuade motorists to move to cleaner vehicles.

"We will be analysing all the technical details in these documents, and are committed to ensuring the government protects our health and tackles illegal pollution as soon as possible."