Jules Constantinou has been named as the next president-elect of the IFoA. 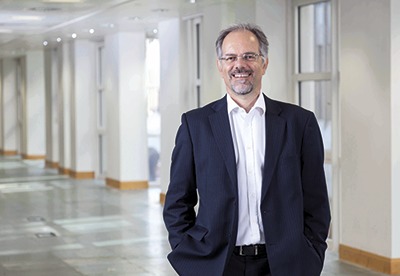 Constantinou said: "It is an honour to be elected to the presidential team by my fellow council members. The actuarial profession has seen rapid expansion across the globe over the past few years, and I am looking forward to helping to shape its future as president-elect.

"The IFoA makes an enormous contribution to actuarial science, and I will do everything I can to promote the fantastic and valuable work that actuaries do. We are a forward-looking profession, and I pledge to do all I can to further actuarial science, acting always in the public interest."

Wilson, current IFoA president, said: "I am delighted that Jules Constantinou has been elected by council members to serve as president. He is an experienced life actuary, and has been hugely involved with the work of the IFoA as a member of the Scottish Board, and as a past chair of the Risk Management and Health and Care Practice Boards.

"As Fiona Morrison will be leaving the presidential team as immediate past-president at the time when Jules takes on the role of president-elect, I would also like to thank Fiona for the work she has done over the past three years. Her dedication and insight has furthered the profession greatly, and we are grateful for her service to the IFoA."