UK GDP increased by 0.3% in the first quarter of 2017, the slowest rate recorded since the first three months of 2016, according to estimates by the Office for National Statistics (ONS) released today.

UK GDP increased by 0.3% in the first quarter of 2017, the slowest rate recorded since the first three months of 2016, according to estimates by the Office for National Statistics (ONS) released today. 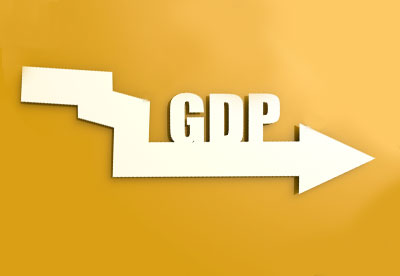 This is less than half the 0.7% GDP growth recorded in the last quarter of 2016, and is thought to be mainly due to a slowdown in the service sector, which grew by 0.3% compared to 0.8% in the previous three months.

There were also falls in several important consumer-focused industries, such as retail and accommodation, with inflation pressures resulting in prices increasing more than spending.

"The sectors which trade actively with the rest of the world - manufacturing, business and financial services - saw quite healthy growth in economic activity in the first quarter," PwC senior economic adviser, Andrew Sentence, said.

"But this was offset by a significant decline in output in retailing and other consumer-related services, alongside a small drop in the output of the transport and communications sector."

"The GDP estimate for the first quarter of this year shows clear evidence of a slowing domestic economy."

The business and financial services sectors grew by 0.7% in the first quarter of 2017, with accounting activities and travel agency activities both performing strongly.

The main contributor to the slowdown in services was the distribution, hotels and restaurants sector, which decreased by 0.5%, contributing negative 0.07 percentage points to quarter-on-quarter GDP growth.

Having reached a seven-month high against the US dollar, the pound fell slightly on the news of these GDP figures, while the FTSE was largely unchanged, according to analysis by Hargreaves Lansdown senior economist, Ben Brettell.

"2017 looks set to be a year of slower growth, as higher inflation puts the squeeze on consumers' real incomes ahead of June's general election and the start of Brexit negotiations," he said.

"However, an industry survey this week gave cause for optimism, suggesting retailers had a good April, allaying economists' fears of a consumer-led slowdown.

"It's also worth noting that initial GDP estimates can usually be taken with a pinch of salt, as they are based on less than half of the data which will ultimately be available, and are therefore subject to revision in the coming months."