What's ahead in Zimbabwe

It has been a while since we have given you an update on the Actuarial Society of Zimbabwe. 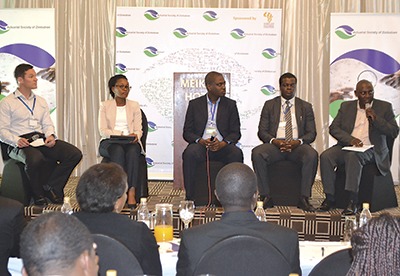 It has been a while since we have given you an update on the Actuarial Society of Zimbabwe.

In November 2016, David Mureriwa led a talk on the case of Zimbabwe operating with only six resident qualified consulting actuaries. The talk discussed what has led to this situation and its implications for the profession. The talk is hosted on our YouTube channel "Actuarial Society of Zimbabwe".

The Society is also preparing for an eventful 2017. The main highlights are: the elective AGM, the 2017 Convention and the expected publication of the Commission of Inquiry exercise. In March the AGM will have taken place. This meeting will also involve the election of the governing committee members.

The Actuarial Society of Zimbabwe 2017 Convention will be held at the Meikles Hotel in Harare on the 8-9 June. The theme of the convention is 'Building resilience in uncertainty'.

The Commission of Inquiry, which was set up by president Robert Mugabe to look into the conversion of insurance and pensions values from Zimbabwe dollars to US dollars, was concluded on 31 December 2016. We expect the report to be published during 2017.

If you would like to participate or contribute to any of the events of the society, or for further details, email: [email protected]

This article appeared in our April 2017 issue of The Actuary.
Click here to view this issue
Filed in:
04