Two out of three over-55s confused by pension freedoms

Two years on since pension freedoms were introduced in the UK, 67% of over-55s are confused by the reforms, and 77% do not want any more changes, according to research by Prudential. 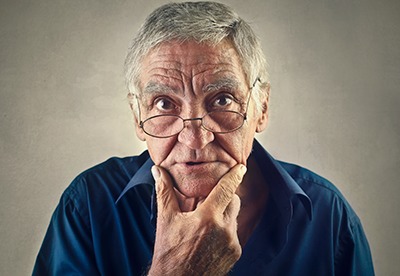 Government figures suggest that this confusion could be translating into higher than expected tax bills, with initial forecasts of £900m being paid over the last two years as a result of the changes, likely to reach £2.6bn instead.

It was also found that the reforms have resulted in an increase in retirement savers saying they are taking financial advice, with 21% now doing so, and a further 9% planning to.

Prudential retirement income expert, Vince Smith-Hughes, said: "Nearly 550,000 people have accessed more than £9.2bn in funds since the launch of pension freedoms, demonstrating that there is popular demand for the increased flexibility.

"However, two years on from the introduction of the new rules there is also widespread confusion, with two out of three over-55s admitting they don't fully understand the reforms.

"This lack of understanding may be a contributing factor in pension-related tax paid to the Treasury being higher than originally expected.

"That underlines the importance of advice and guidance in ensuring that the pension freedoms are a long-term success and it is encouraging that many savers recognise how advice can help them to make the most of their retirement pot."

The pension freedoms were introduced on 6 April 2015, enabling consumers at a minimum pension age to take savings as cash, buy an annuity, use drawdown without any limits applied, or a combination of all three.

Prudential's research shows that 42% of over-55s say the continual changes to pensions have made them switch off from the topic, with 81% worried the State Pension might be reduced, and 57% concerned it might be abolished.

In addition, approximately 21% believe access to financial advice at work would help them save more, while 20% would back having retirement planning seminars at work.

"The pension freedoms provide a framework of rules, but it is down to individuals to seek help where needed to enable them to plan how to meet their financial goals," Smith-Hughes continued.

"Saving as much as possible as early as possible during your working life is the first step towards having sufficient income for a happy retirement."

Those studied also believe walk-in financial guidance centres would boost saving, while nearly a third would like a tax-break for savers taking face-to-face professional financial advice.

This article appeared in our April 2017 issue of The Actuary.
Click here to view this issue
Filed in:
04