The collective deficit of defined benefit (DB) pension funds in the UK fell by £20bn from February to stand at £500bn at the end of March, according to PwCs latest Skyval Index 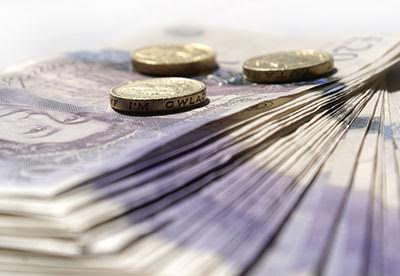 Released today, the findings reveal schemes' assets increased by £10bn during that time, while liabilities fell by the same amount, mainly due to a decrease in assumed inflation.

This was as a result of movement in the published yields used to set assumptions, according to PwC chief actuary, Steven Dicker, who believes the change highlights the sensitivity of liability measurements.

"This only adds to the challenge of long-term planning, especially when using a market 'snapshot' approach for actuarial valuations.

"Many schemes will be considering alternatives to the traditional 'gilts plus' approach to try to get a clearer picture of their liabilities."

The index provides an aggregate health check of the UK's 5,800 DB pension funds, with collective assets now valued at £1.53trn, while liabilities stand at £2.03trn.

These latest figures follow a year of huge change in pension deficits, which peaked in late August at £710bn, and increased by £80bn the day after the EU referendum result.

However, analysis by Mercer reveals that a recently launched mortality projection model could result in £28bn being wiped off pension liabilities for FTSE350 businesses.

While earlier this year, PwC suggested that £230bn of deficits relate to life expectancy improvements a long way into the future, which need not be pre-funded over the next decade, and that alternative approaches could save £30bn a year.

"We have previously raised the question of whether pension deficits are being measured appropriately and therefore whether financing and risk management strategies are appropriate," PwC global head of pensions, Raj Mody, said.

"The science of life expectancy projections is full of arcane and technical language, and therefore it may not always be obvious to decision-makers what assumptions they are really making."