Last year was the strongest year ever for new renewable energy capacity additions, according to statistics released yesterday by the International Renewable Energy Agency (IRENA). 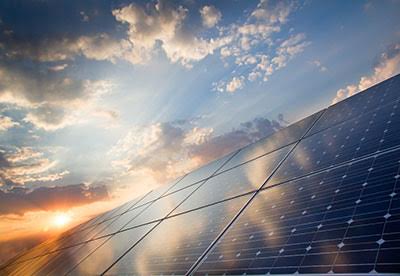 They reveal that 161 gigawatts (GW) of green energy was added in 2016, with the agency estimating that renewable generation capacity reached 2,006GW worldwide.

This signifies an 8.7% increase, with a record 71GW of new solar power leading the growth, outpacing wind energy, which grew by 51GW, for the first time since 2013.

IRENA director-general, Adnan Z Amin, said: "We are witnessing an energy transformation taking hold around the world, and this is reflected in another year of record breaking additions in new renewable energy capacity.

"This growth in deployment emphasises the increasingly strong business case for renewables which also have multiple socio-economic benefits in terms of fueling economic growth, creating jobs and improving human welfare and the environment."

The findings show that hydropower increased by 30GW, while bioenergy capacities grew by 9GW - the greatest increase for this source on record - and geothermal power rose by just under 1GW.

Asia accounted for 58% of new renewable additions last year, making it the fastest growing region for green energy in the world, while Africa installed twice as much in 2016 than it did the previous year.

"But accelerating this momentum will require additional investment in order to move decisively towards decarbonising the energy sector and meet climate objectives," Amin continued.

"This new data is an encouraging sign that, though there is much yet to do, we are on the right path."

These statistics follow a report by the agency, released a week ago, which suggests that energy-related CO2 emissions can be reduced by 70% over the next 33 years, while boosting global GDP by 0.8%.

"Critically, the economic case for the energy transition has never been stronger. Today around the world, renewable power plants are being built that will generate electricity for less cost than fossil fuel power plants," Amin said.

"And through 2050, the decarbonisation can fuel sustainable economic growth and create more new jobs in renewables."