Around 30% of existing UK jobs are susceptible to automation from robotics and artificial intelligence (AI) over the next 15 years, according to a study by PricewaterhouseCoopers (PwC). 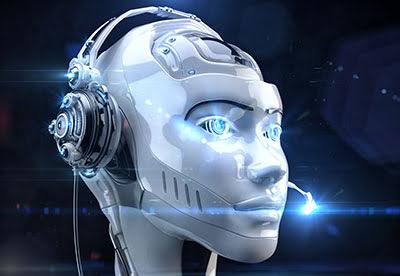 However, it is thought that many of these roles will change rather than disappear as a result of automation, which is expected to boost productivity and wealth - although income inequality could rise.

The percentage of jobs potentially at 'high risk' in the financial and insurance sector is 32.2%, while roles in transportation and manufacturing are some of the most vulnerable, and those in education and health are least at risk.

PwC chief economist, John Hawksworth, said: "No industry is entirely immune from future advances in robotics and AI, however, manual and routine tasks are more susceptible to automation, while social skills are relatively less automatable.

"Automating repetitive tasks will eliminate some existing jobs, but could also enable some workers to focus on higher value, more rewarding and creative work, removing the monotony from our day jobs.

"By boosting productivity - a key UK weakness over the past decade - and so generating wealth, advances in robotics and AI should also create additional jobs in less automatable parts of the economy as this extra wealth is spent or invested.

"It is not clear that the future will be radically different from the past in terms of how automation will affect overall UK employment rates."

The number of UK jobs at risk is lower than the 38% that are vulnerable in the US, and 35% in Germany, but higher than in Japan where 21% are under threat.

It was also found that, on average, a greater proportion of male jobs, particularly those with lower levels of education, are at higher risk of automation than female jobs.

However, the study recognises the economic, legal, and regulatory constraints that might restrict the pace and extent of future increases in automation - despite the potential benefits.

"Legal and regulatory hurdles, organisational inertia and legacy systems will slow down the shift towards AI and robotics even where this becomes technically and economically feasible," Hawksworth added.

"This may not be a bad thing if it gives existing workers and businesses more time to adapt to this brave new world."