Supervision of EU financial system to be reviewed post-Brexit

The UKs decision to leave the EU and single market enforces the need for a review of how to improve the blocs supervisory framework for banking, insurance and capital markets, according to the European Commission (EC). 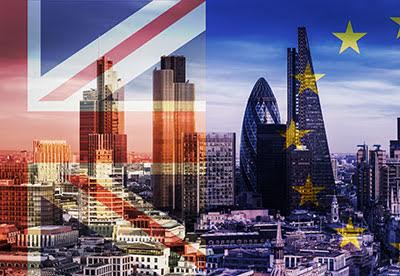 In a consultation paper released yesterday, the EC said that European Supervisory Authorities (ESAs) would need to be more coordinated and integrated in order to deal with emerging challenges.

It is hoped that areas of effectiveness and efficiency can be identified for improvement of the ESAs, which underpin the creation of the banking union, according to the paper.

It states: "Significant achievements in furthering the EU's integrated financial framework have been made in the six years during which the ESAs have been operating.

"However, new challenges to financial integration have arisen, as illustrated not least by the vote of the UK to leave the EU and the position taken by the government of the UK that it will not be seeking membership of the single market.

"The departure of the UK from the single market reinforces the need for a thorough reflection on how to further improve the supervisory capacities of the EU27 to promote an efficient, competitive and integrated financial system underpinned by financial stability and strong supervision."

These were put in place in the wake of the financial crisis, and have been key to building a single rulebook for financial services, and the convergence of supervisory practices.

EC vice-president for the Euro, Valdis Dombrovskis, said: "The EU needs to step up its efforts to build more integrated, efficient and stable financial markets so that it is equipped to deal with new challenges.

"Sound and efficient financial supervision is key to this goal. In the six years following the crisis, the ESAs have carried out important work in developing a single rulebook for financial services.

"I want to hear how we can ensure that these authorities have the most impact in supporting a greater convergence of supervisory practices in our member states."