One year on since the Women In Finance Charter was introduced, 122 firms, employing over half a million people in the UK, and covering almost 50% of the financial services sector, have signed up to the initiative.

One year on since the Women In Finance Charter was introduced, 122 firms, employing over half a million people in the UK, and covering almost 50% of the financial services sector, have signed up to the initiative. 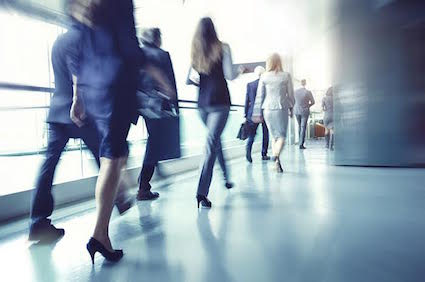 The government's charter asks financial companies to commit to four industry actions in order to build the female talent pipeline for leadership positions, with signatories some of the biggest companies in the UK.

Since it was launched, 77 financial firms have committed to have at least 30% women in senior roles by 2021, and 23 have agreed to a 50/50 gender split in such positions by that time.

Commercial Secretary, Baroness Neville-Rolfe, said: "I know how difficult it can be for a woman to get the recognition she deserves and achieve her potential. And in financial services particularly, women progress too slowly or they leave the sector completely.

"We have made a strong start - the first anniversary of the Women in Finance Charter sees 122 firms seizing the competitive advantage by tackling sex inequality head on.

"But this is just the beginning. The financial industry is famed for its ability to identify opportunities to improve productivity. The Women in Finance Charter is one of those opportunities."

The Organisation for Economic Co-operation and Development have previously estimated that equalising the role of men and women in the labour market could increase GDP by 10% by 2030.

However, a review commissioned by the Treasury last year found that female representation in UK financial services was around 23% on boards, but only 14% on executive committees.

The latest firm with headquarters in the US to sign up to the charter is Bank of America Merrill Lynch, joining Morgan Stanley, BlackRock, Circle, and Thomson Reuters.

Its president, Alex Wilmot-Sitwell, said: "Bank of America Merrill Lynch has a long history of supporting women's leadership and economic empowerment, but there is clearly more to be done.

"Increasing the number of senior women and addressing gender balance is crucial for our long-term success. This means supporting and engaging women at all levels, to ensure a strong pipeline of talent."

Nine of the signatories to the charter are FinTech firms, including Nutmeg, RateSetter, Starling, Monzo, Zerado, Azimo, and FINTECH Circle.

This article appeared in our March 2017 issue of The Actuary.
Click here to view this issue
Filed in:
03