Investors breathe a sigh of relief at Dutch election result

After the Dutch PM won the most parliamentary seats in yesterdays election, a significant increase in risk aversion across European equity markets may have been avoided, according to Schroders. 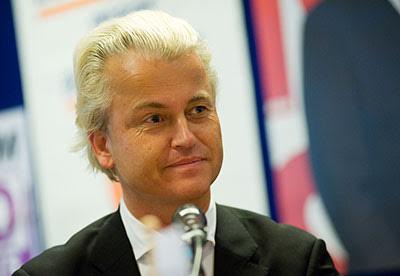 The prospect of Geert Wilders' Freedom Party gaining power in the Netherlands may have seen the country leave the EU, euro, and increase restrictions on immigration - all which could have had an adverse effect on the market.

However, it is thought that the Dutch result could be an indicator of the anti-EU agenda losing momentum, and that this should be taken as a positive for European markets.

Schroders European equities fund manager, Sam Twidale, said: "The market should take some confidence from the outcome of the Dutch election, as it's the first sign that mainland European economies may turn against the political parties with more anti-EU policies.

"This result could reflect a stronger European economy, and we believe there are strong arguments to be positive on the outlook for European equities.

"The cyclical recovery across Europe is clearly gaining momentum, with lead indicators remaining positive and signs of improving confidence among corporates and consumers."

The value of the Euro surged after the result of the Dutch election became clear today, however attention is now expected to shift to France where a similar threat to the one posed by Wilders exists.

Marine Le Pen's eurosceptic Front National party is currently leading in the polls in France, however the outcome will not be decided until 7 May, leaving enough time for circumstances to change.

Schroders senior European economist, Azad Zangana, said: "Investors will now turn their attention to the upcoming French presidential election, which arguably has a lower probability to disappoint, but could have bigger consequences for the EU should Marine Le Pen win.

"Le Pen's party has the most support of any single party, but the two stage electoral system in France means that top two candidates face each other in a run-off. This is when Le Pen is then expected to lose by quite some margin.

"Of course, opinion polls have been less reliable of late, and so investors are likely to remain cautious on Europe until political risk dies down."