It has been found that 73% of UK adults have some form of unsecured borrowing, collectively amassing £240bn of consumer debt, according to MoneySuperMarket research. 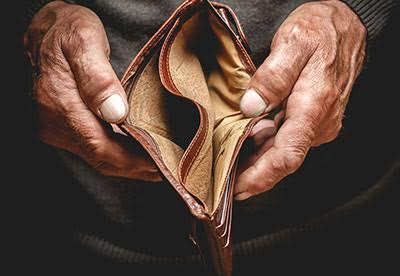 The average amount owed per adult is £6,372, up 5% from last year, and does not include mortgages, with a third of those in debt relying on credit to get by each month.

One of the reasons for the increase from 2016 was reported to be inflation, with over a third of people who have more debt now than they did last year blaming the rising cost of living.

"Indeed, the chancellor said in his budget speech last week that it would spike at 2.4% later this year. That means people in debt will find it harder to get back into the black."

The research involved surveying 2,004 UK adults last month, finding that young borrowers have racked up more debt than their older counterparts, with 18% of 18-34 year olds owing more than £10,000, compared to 5% of over 54 year olds.

Indebted Londoners were found to owe the most at £10,244 on average - 61% higher than the national average - while those in debt living in Yorkshire and the Humber typically owe £4,748.

Only 6% of people in debt plan to take on more this year, while a third will try to clear it, however 5% cannot ever see themselves doing this, with 37.6 million households expected to remain in the red this year.

"It's important to shop around to make sure you're paying the lowest interest rate you can, and also worth consolidating multiple expensive debts onto a low-interest personal loan," Pratt continued.

"Rates are the lowest they've been in years so, if you're struggling to pay off unsecured debt, this might be an attractive option. Another tactic is to transfer an outstanding credit card balance that's charging interest to a credit card that charges 0% on balance transfers.

"With the UK facing an uncertain economic future, households should be taking whatever steps they can to get their finances into the best shape possible."

This article appeared in our March 2017 issue of The Actuary.
Click here to view this issue
Filed in:
03