Ofcom announced today that BT had agreed to legally separate from its subsidiary company Openreach, which currently lay nearly all the pipes and telephone cables connecting businesses across the UK. 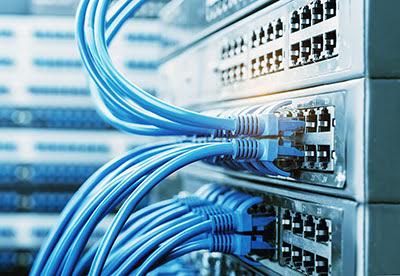 It is hoped that this will pave the way for increased competition, allowing for increased super-fast broadband, which almost half of British businesses do not have access to.

However, there are concerns that today's announcement will not result in an improvement in the UK's telecoms infrastructure, and that investment decisions will still be made in BT's interest.

Equinox Business Consulting director, Dave Millett, told The Actuary: "As always the devil is in the detail. All the investment that is going to go into improving the infrastructure is still going to come from BT group.

"Openreach will not have the ability to go and raise their own finance. BT have just spent £1.2trn on football, they have a £10bn gap in their pension fund, so anyone that thinks over night they are going to unleash a raft of new investment is probably being a bit naive.

"The positive news is that the other providers like Sky and TalkTalk, will be consulted about where that capital goes, it doesn't mean it is going to happen, but they will at least be consulted, but I think there is an element of smoke and mirrors here."

Countries like Latvia and Lithuania have more than one in three premises with FTTP broadband access (which offer super fast speeds), while the UK has one in 50, and is ranked 54th in the world for 4G coverage according to the government's National Infrastructure Commission.

Millett claims that businesses are being forced to pay up to 10 times more for their internet connection than they need to, costing the economy billions of pounds, and that BT's dominance is partly to blame.

It was announced today that future Openreach chief executives would be appointed by and accountable to, the company's board, however Millett highlighted that BT would be able to veto any appointment, suggesting they still have influence over strategy.

He added that it was now up to Ofcom to follow up today's separation with clear targets about how to improve services, but continued to stress the missed opportunity to allow Openreach to raise their own capital.

"If Openreach was completely independent it could go to the market and borrow money, start to look at large scale projects, and take investment decisions," he continued.

"Today is a small step but I wish they had taken a giant leap."