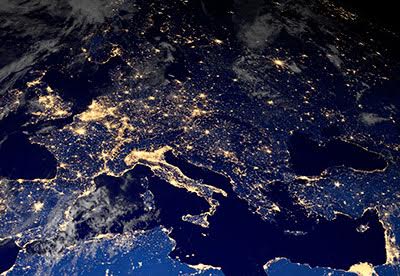 This announcement is in response to a European Insurance and Occupational Pensions Authority (EIOPA) consultation on the potential harmonisation of frameworks for insurers.

It states: "Insurance Europe believes it is important to reiterate that Solvency II already provides several safeguards that need to be considered.

"SCR ensures a high level of capital buffer, calibrated to ensure a firm will remain able to meet all obligations to policyholders even after a 1-in-200-year loss event.

"The supervisory ladder of intervention in Solvency II allows supervisors to begin taking actions when the SCR is breached and to fully take over the company if the MCR is breached."

"Even before Solvency II, there were very few failures and even fewer resulting in any losses for policyholders. Insurers have rarely needed to benefit from government support, and under Solvency II they will be far less likely to do so in the future."

It goes on to say that Solvency II also includes national provisions for the winding-up of insurers and national insolvency laws, negating the need for supervisors to be given powers to intervene before the SCR is breached.

In addition, Insurance Europe has highlighted that traditional insurance business has proven extremely resilient to business cycle fluctuations in the past, concluding that concerns about financial stability do not justify a new framework.

This is in contrast to banking, which may require earlier intervention due to the interconnectivity of the practice, with failures in one bank affecting others, unlike insurance, which the EIOPA acknowledges.

"These differences have a significant impact on the need for, and design of, recovery and resolution requirements. Unlike in banking, insurers do not fail suddenly, as their liabilities crystallise gradually over time, allowing for a managed wind-down.

"In addition, insurance liabilities are largely independent of each other, and are not 'callable' on demand since an insurance liability occurs at a specified point in time or following a pre-defined, insured event."

However the group said that a degree convergence on recovery and resolution practices could be beneficial, such as:

 Clarification that there should be no implicit or explicit powers of intervention before there has been a breach of the SCR
 'Stay and suspension' powers could be extended across Europe
 Cross-border cooperation and coordination between supervisory and/or resolution authorities could be reinforced, as well as the mutual recognition of resolution actions.