Jethro De Decker is preparing to set a Fastest Known Time (FKT) from the coast of Antarctica to the South Pole. 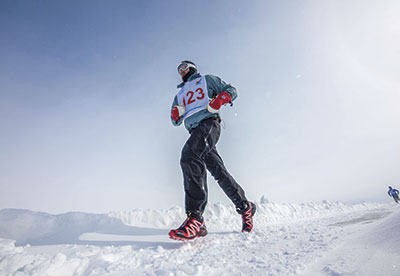 Jethro De Decker is preparing to set a Fastest Known Time (FKT) from the coast of Antarctica to the South Pole.

His aim is to do this unsupported and unassisted, that is, using only human power.

In 2016 he spent time in Siberia at the Baikal Ice Marathon to experience what racing in Antarctic-like temperatures would be like. He returned without too much frostbite and his next training event was the Yukon Arctic Ultra.

This is a non-stop 485km race across the icy Yukon in February when temperatures can drop below -40 degrees Celsius.  Aside from the freezing temperatures, sleep deprivation is a huge challenge as he has only 192 hours to complete the race.

Jethro is not new to ultradistance endurance expeditions.

In 2010 he competed in the Tour d'Afrique - the world's longest bicycle race - 12,000km from Cairo to Cape Town.  He finished in second position and joined the exclusive EFI Club. Membership is reserved for those who manage to cycle Every F-ing Inch from the Giza Pyramids to the Cape Town Waterfront.

He has also cycled across Tibet via Everest Base Camp, the length of the Carretera Austral in the Chilean Andes and the Freedom Challenge Race Across South Africa.

Jethro competes internationally in ultra-distance trail running too. In 2015 he placed in the top-100 of the Ultra Trail World Tour after completing the 165km Diagonal des Fous race across Reunion island. He is fundraising for Conservacion Patagonica, an organisation which creates national parks in Patagonia.

You can follow his progress south or support Conservacion Patagonica via Jethro's blog (www.nextbigadventure.wordpress.com).

Jethro started his career in Cape Town. He has since lived in India and Amsterdam and is now based in Singapore, where he is the Regional Head of Insurance Product Strategy & Planning across Citibank's APAC and EMEA business.

This article appeared in our March 2017 issue of The Actuary.
Click here to view this issue
Filed in
03
Also filed in
People & Social News