Optimism rising for London's economy but infrastructure improvement is vital

London firms feel more positive about the economy than just after the EU referendum, but believe improving the capitals infrastructure is key, according to the Confederation of British Industry (CBI). 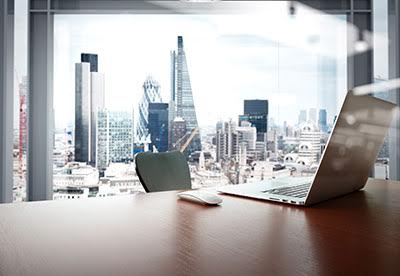 It's 2017 London Business Survey report shows that more than eight in ten of the capital's companies see Crossrail 2 as being central to the city's successful expansion.

A similar number also believe that sticking to current timetables for building Heathrow's third runway is vital to attract investment, while four fifths of firms think that river crossings in East London are essential for boosting growth.

CBI London Director, Eddie Curzon, said: "As one of the world's few truly global cities, London's star continues to dazzle at the start of 2017. The capital's businesses want to keep it that way, and recognise the importance of driving the city's infrastructure forward to do so.

"By ploughing ahead with Crossrail 2, a new runway at Heathrow and making better use of the River Thames, London can keep ahead of the curve and make the city an even more attractive place in which to invest, live and work for decades to come."

There were 183 responses to the CBI survey, mainly from CEOs of leading London-based companies, which was carried out between 13 December 2016 and 12 January 2017.

It was found that 19% feel more positive about the economy over the next six months, in comparison to just after the Brexit vote when it was 4%, while 26% are more optimistic about their business over the next half year, compared to 8% last summer.

However uncertainty over the UK's role in Europe is the biggest concern for 71% of companies, followed by price increases and inflation, which was the highest this concern has been ranked since 2008.

Despite this, 54% are maintaining their current investment plans, and 26% are planning to boost them, with 58% believing that Brexit has not impacted on their ability to hire workers.

"While the uncertainty about the UK's future relationship with Europe is weighing on minds in the City, it's good to see firms beginning to bounce back from the Brexit effect, and having a more positive view of the economy than immediately after the vote to leave the EU," Curzon continued.

"As the country looks to the government to negotiate the best deal for business following the referendum, London's firms report that the outcome of the EU referendum is having a limited impact on operations so far.

"It is imperative that the government provides firms with as clear a picture as possible as to the likely Brexit outcome to give them the confidence to invest and grow their business in the future."

"London's voice must continue to be heard to make a success of Brexit and ensure the future prosperity of our capital, and the whole of the UK."