Sir Philip Green has reached an agreement with The Pensions Regulator (TPR) to contribute up to £363m towards a pensions black hole created after the collapse of BHS last year. 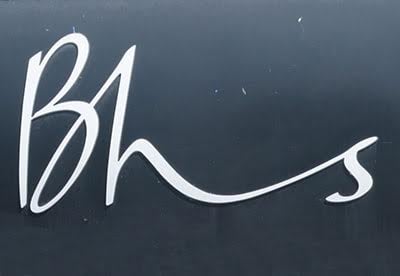 There was an estimated £571m deficit in the company's pension schemes after it entered administration in April 2016, with Sir Philip believed to have initially offered £250m before today's agreement.

The arrangement will see the businessman provide funding for a new independent scheme, giving ex-staff the same starting pension originally promised by BHS, and higher benefits than they would have got from the Pension Protection Fund (PPF).

Sir Philip said: "I have today made a voluntary contribution to enable the trustees of the BHS Pension schemes to achieve a significantly better outcome than entering the PPF, which was the goal from the outset.

"To achieve a better outcome than entering the PPF, the contribution required to achieve this long-term solution was arrived at by the actuaries for both TPR and the trustees.

"All relevant notices, including legal matters and claims from TPR, have been withdrawn bringing this matter to a conclusion.

"Once again I would like to apologise to the BHS pensioners for this last year of uncertainty, which was clearly never the intention when the business was sold. I hope that this solution puts their minds at rest and closes this sorry chapter for them."

There are 19,000 members of the existing BHS pension schemes, who will now have the option to transfer to the new plan, opt for a lump sum payment if eligible, or remain in their current scheme and receive benefits from the PPF.

One of the benefits that the new scheme offers that the PPF doesn't, is an element of 'inflation proofing' on pensions accrued before 1997, which will increase by 1.8% each year.

Hargreaves Lansdown, senior pension analyst, Nathan Long, said: "It appears members will have to elect to transfer to the new scheme to get the better benefits.

"Many will elect to do this, but the challenge is contacting all the former employees many of whom may have changed address and be hard to track down.

"An increase of 1.8% looks pretty healthy given the current levels of inflation in the UK. If inflation stays lower for longer this could end up being a valuable perk of the new plan for members."

He went on to say that there remains unanswered questions about the role of TPR when it comes to mergers and acquisitions, while the regulator has said that anti-avoidance enforcement action will continue against Dominic Chappell who bought BHS for £1 in 2015.