Insurers could collectively face a bill of up to £3bn after the UK government today revealed plans to cut the rate used to calculate compensation awards for serious personal injuries, according to Consumer Intelligence. 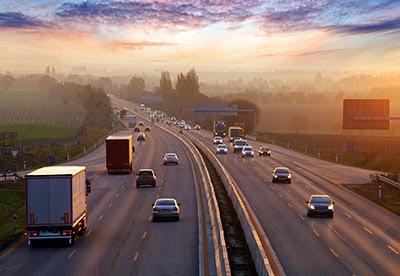 The decision to lower the discount rate from 2.5% to -0.75% is likely to force insurers to pay out more to claimants, and result in motor insurance premiums being raised by up to £100 when the change comes into effect on 20 March 2017.

This announcement has taken the insurance industry by surprise, and is predicted to negate any possible savings that were expected to be made after reforms to whiplash compensation payments were announced last week.

PwC UK general insurance leader, Mohammad Khan, said: "The rate change to -0.75% was not anticipated by the industry and is more than they were expecting.

"Unfortunately, this announcement will have a significant adverse impact on motor insurance prices that drivers pay and also commercial insurance rates paid by small businesses.

"This, on top of the recent increases in insurance premium tax, will make redundant any savings to premiums as a result of the government's personal injury legal reforms which were anticipated to generate approximately £40 saving per motor insurance policy."

The discount rate is used to adjust lump sum compensation payments according to the interest a victim could expect to earn if they invested it, and has not changed since 2001.

Lord Chancellor, Elizabeth Truss, said it was the 'only legally acceptable rate' she could set, however the Association of British Insurer's director general, Huw Evans, believes it will have an adverse impact for millions, as well as the NHS.

He said: "Cutting the discount rate to -0.75% is a crazy decision by Liz Truss. We estimate that up to 36 million individual and business motor insurance policies could be affected in order to over-compensate a few thousand claimants a year.

"To make such a significant change to the rate using a broken formula is reckless in the extreme, and shows an utter disregard for the impact this will have on consumers, businesses and the wider operation of the insurance market.

"It is also a massive own goal that lands the NHS with a likely £1bn hike in compensation bills when it needs it the least."

There is now expected to be a significant jump in the number of people looking around for better insurance deals, with a spike in calls to contact centres putting staff and customer satisfaction at risk as providers struggle to explain premium rises.

Consumer Intelligence chief executive, Ian Hughes, said: "This is going to cause a massive jump in shopping around as this is the first year that insurers are going to have to be upfront about premium changes.

"They are going to be required to fully explain increases to customers and there will be nowhere to hide. Call lengths are likely to increase and scripts will need to change.

"Contact centres could become quickly clogged, and the costs of running them will also rise as call lengths increase, and satisfaction levels for both customers and staff go down."

Consumer Intelligence is recommending insurers take early preventative action by building a plan to deal with the expected rise in calls, looking at the whole organisational impact and not just pricing strategies.