The governments strategy for keeping the social care system from totally falling apart is failing, according to a report from Age UK released today. 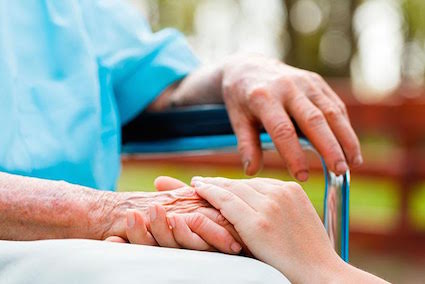 The Health and Care of Older People in England 2017 reveals there are nearly 1.2 million people aged 65 and over who don't receive the care support they need with essential daily activities - nearly one in eight of the older population.

It shows that by 2020-21, public spending would need to increase by a minimum of £1.65bn just to stop things getting worse, with failure to take action potentially resulting in a total system collapse within the next two years.

"Even worse, unless something changes the crisis will certainly deepen this year and next, and we think there is now a real risk of a complete collapse in social care in the worst affected areas.

"If this happened it would be a disaster that would threaten the health and even the lives of the older people affected. It would also greatly intensify pressures on our hospitals."

"This is an incredibly serious situation that demands an immediate government response."

The number of older people not receiving enough support for essential activities has increased by 17.9% since last year and 48% from 2010, with the report showing that some have not even been able to wash, dress or feed themselves.

Despite this, there has been a £160m cut in total public spending in real terms on social care for these people in the five years to 2015-16, while the number of individuals needing support continues to rise as a result of the UK's ageing population.

The government has tried to address this with financial transfers from the NHS, a social care precept in local areas, and by calling on families and friends to do more to help, all with limited success.

"Unfortunately our analysis shows there are problems with all three approaches, which in any event are not enough to make up for the chronic shortfall in public funds," Abrahams continued.

"The NHS is now under such financial pressure that it can't keep bailing out social care, the amount the social care precept can raise doesn't match the needs in an area, and the numbers of families and friends coming forward to care are not keeping pace with a rising ageing population."

It was also found that there are now more than two million carers aged 65 and over, with nearly two-thirds of them having a health condition or disability themselves.

Age UK are now calling for the government to make an "emergency injection" of funds into social care in the spring budget to stave off the risk of complete collapse, and to develop a long-term solution by listening to people from all parts of the health and care sector about what is required.

"This process cannot happen behind closed doors in Whitehall. We must also engage the public in the important question of how we pay for a decent care system we can put our faith in if we or someone we love needs it," Abrahams added.