We are sad to report that Colin Lever died in November 2016 at the age of 78 after an 18-month battle with illness. 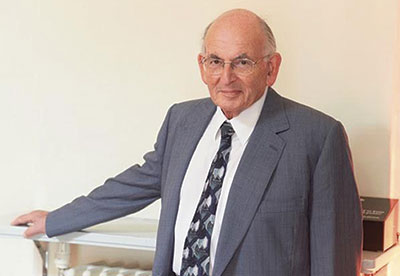 We are sad to report that Colin Lever died in November 2016 at the age of 78 after an 18-month battle with illness.

Colin specialised in investment consulting, then in its infancy.

He published a memorable paper entitled the Musings of a Scoreboard Operator, which led to the firm developing its measurement of investment performance service. He then spearheaded the development of more general investment consulting in the UK.

In 1981, Colin was elected Bacon & Woodrow's youngest senior partner and served until 1993. During that period the firm experienced rapid growth.

Colin was also instrumental in developing the firm's international links and capabilities. He was an original thinker and highly respected by his many clients and others.

Colin was active in the National Association of Pension Funds and became chairman in 1985. This was a time of great change in the pensions world, with the introduction of personal pensions.

During this time, Colin also served on the mergers and takeovers panel, where his expertise was highly valued.

On standing down as senior partner of Bacon & Woodrow in 1993, Colin continued to work in the partnership until retiring in 1999. He also remained a trustee of the Thalidomide Trust for a number of years.

In retirement, Colin was able to indulge his many and varied interests and, in particular, his love of flying.

Colin was a wonderful family man and will be missed by his wife Ruth, their son and three daughters and their partners, and eight grandchildren.

This article appeared in our February 2017 issue of The Actuary.
Click here to view this issue
Filed in
02
Also filed in
People & Social News