The Argonauts Dining Club is for actuaries working outside traditional fields. It was established in 1955 and has over 60 diners. 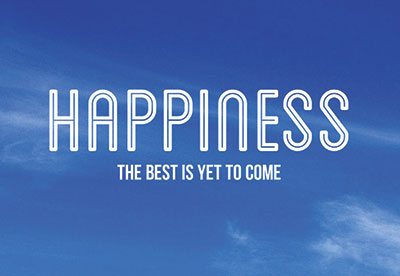 The Argonauts Dining Club is for actuaries working outside traditional fields. It was established in 1955 and has over 60 diners.

A record turnout including 13 guests and four new members enjoyed a packed dinner in November in the Brewers' Hall.

Don Ezra from Canada, one of the world's leading investment consultants and writers, spoke on happiness, the topic of his recent book. The talk highlighted how happiness tends to vary across ages, bottoming out in our 40s. Given the wide range of ages in the audience, it was an interesting thought for all.

Lieutenant-General Sir Andrew Gregory, recently retired from the army, gave insights from his operational tours, including Northern Ireland, the Balkans and Iraq. The decisions commanding officers need to make in the theatre of war inevitably involve complex judgments about risks.

The Argonauts meet three times a year, at 6.30pm for 7pm, followed by two speakers and after-dinner drinks. Dinners are mostly held in Livery Halls and under the Chatham House rule.

The next meeting is on 21 February and we will hear from Rebecca Stephens, the first British woman to climb Everest, and Jonathan Punter, who co-founded Punter Southall in 1988. Our final dinner is on 7 June, when we will have Alan Botterill, who led Towers Perrin in Europe for some years, and Lord Browne, ex-CEO of BP.

New members are always welcome. If you work outside life or pensions actuarial work and are interested, contact [email protected] or join the Argonauts on LinkedIn.

This article appeared in our February 2017 issue of The Actuary.
Click here to view this issue
Filed in
02
Also filed in
People & Social News