More than £100bn lost through investing in cash ISAs

Money invested in cash individual savings accounts (ISAs) over the last 10 years would be worth £110bn more if it had been put into multi asset funds instead, according to a report from Royal London. 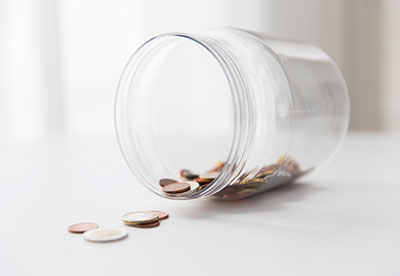 The Curse of Long Term Cash policy paper highlights government cutting of tax breaks on pension saving, which is often invested across a range of assets by default, while boosting tax breaks on cash ISAs.

Despite low interest rates and rising inflation, these tax breaks have nudged people towards low-return cash savings accounts, instead of multi asset funds, which invest the money across equities, bonds and property.

Royal London multi asset head, Trevor Greetham, said: "ISAs are increasingly being used as part of a long-term savings strategy alongside pensions, but holding cash is not a sensible option when interest rates are close to zero and inflation is on the rise.

"In the short run, cash is safe but in the long run it is risky. Switching your money into a well-diversified multi asset fund limits volatility and should grow the real value of your capital over time.

"Anyone with large long-term cash holdings should seek advice and review their investment approach as a matter of urgency."

Among those whose ISA holdings are exclusively in cash, over three million had balances of more than £30,000 in 2015/16 - above the average annual wage.

This suggests that these accounts are often being used as long-term investments, rather than the 'rainy day' funds they are more suited for according to the Royal London report.

"The amount of money going into cash ISAs in the last two years has surged in response to the big increases in ISA limits, with more to come next year," Royal London director of policy, Steve Webb, said.

"The government should reinstate a separate and lower limit on the amount that can go into cash ISAs to protect investors from the risk of seeing their savings eroded by inflation, and losing out billions more in returns on their hard-earned savings."

The report also states that in every single year since the financial crash of 2008, a multi asset approach would have outperformed holding cash.