The UKs capital has moved up two places to 8th position in the Schroders Global Cities 30 index, the highest ranking for any European city. 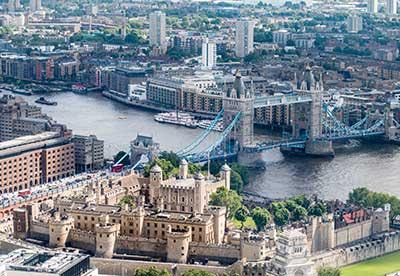 The index assesses and ranks the growth and future prospects of 161 global cities, with London being the only city outside of China and the US to make the top 10.

Beijing was named as the top global city, with the five most desired features for cities being high projected growth, a growing population, excellent infrastructure, skilled workers with high disposable incomes, and top universities.

"It still remains one of our favourite cities due to its highly skilled workforce, large tourist demand and cultural appeal, and we believe it will continue to thrive.

"Chinese cities continue to grow at a rapid rate as the country industrialises. GDP and retail sales are growing quickly.

"The only one of the five factors that holds Chinese cities back is disposable income, but the rate of growth there is strong even if the absolute number is below peers."

Chinese cities dominate the index taking four out of the top five places on the list, with North America also featuring heavily, but Paris and Madrid are the only European cities other than London to make the top 30, in 12th and 28th place respectively. 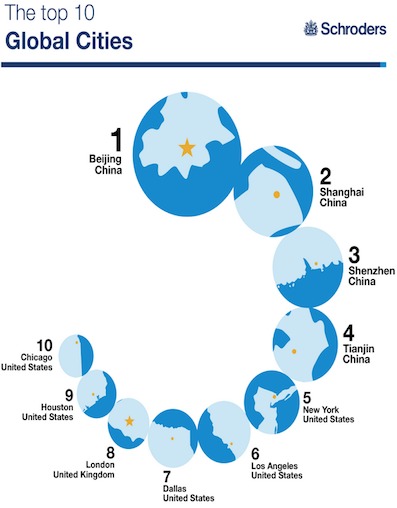 Top ranked cities tend to be economically diverse and highly attractive places to live due to diverse cultural and leisure activities according to Schroders.

China's capital city Beijing jumped from fourth place to first, whilst Shanghai, the country's most populous city with 22 million residents, fell from first place to second.

"We expect these Chinese cities to become increasingly important and play a larger part in our investment universe in the coming years," Machin continued.

"New York saw a small fall from second place to fifth, this is not due to a downgrade of New York but more an upgrade in the growth of Chinese cities.

"Cities like Dallas continue to attract investment due to temperate climate, international airports, land to build and expand and tax incentives."
This article appeared in our December 2016 issue of The Actuary.
Click here to view this issue
Filed in
12