Flood Re was set up to provide insurance for properties at risk of flooding that would otherwise find cover hard to obtain. 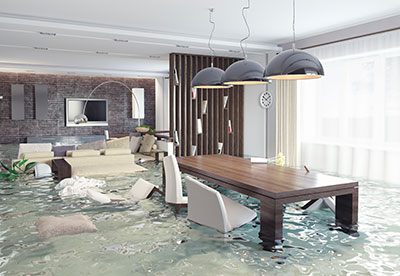 There were 16 insurers signed up at its April launch but now 41 have joined, who between them represent 90% of the overall home insurance market.

Chief executive Brendan McCafferty said: "Customers with the 53,000 policies backed by Flood Re are now able to access more affordable cover, having previously been, in many cases, locked out of the market.

"However we know that lots more needs to be done to ensure that as many people as possible are able to access more affordable home insurance cover. As the weather begins to turn and the threat of flooding increases, consumers should check the Flood Re website to see which insurance providers are participating and find out more about the scheme."

James Dalton, director of general insurance policy at the Association of British Insurers, said Flood Re showed the industry's commitment to making affordable insurance accessible, even in high-flood-risk areas.

"Flood Re's benefits will continue to expand over time and we would encourage those who haven't done so already to shop around to see how the new competitive market can help them," he said.

Flood Re said it had estimated that, over time, around 350,000 homes would benefit from its promotion of a competitive insurance market in which insurers can place the flood-risk element of domestic property insurance with Flood Re at a premium linked to council tax bands.

Ratings agency Standard and Poor has given Flood Re a preliminary rating of A-, signifying a stable outlook.

This article appeared in our October 2016 issue of The Actuary.
Click here to view this issue
Filed in:
cyber-breaches-paramount-in-transportation-industry-says-new-report
Topics:
General Insurance