Mayor of London Sadiq Khan announced today that the new London Living Wage has increased from £9.40 to £9.75 an hour to reflect the higher cost of living. 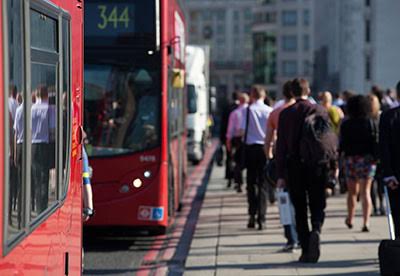 The London Living Wage is calculated independently, based on what employees and families need to live - separate to the government's national living wage.

Over 300 London-based employers have signed up with the Living Wage Foundation to pay the hourly rate this year, bringing the total number paying the London Living Wage to nearly 1000, with the British Library the latest to do so.

Khan said at the library: "It's great news that London is leading the way in paying the Living Wage and that over 1,000 businesses are now accredited and helping to make this a fairer and more equal city.

"I'm glad to say we're well on track to see it rise to over £10 an hour during my mayoralty, but we need to go further and for many more businesses and organisations to sign up.

"Our economy continues to grow and for the first time in London's history we now have over one million businesses based here.

"It's essential that hard-working Londoners, who keep this city going, are rewarded for their integral role in this success.

"Paying the London Living Wage is not just the right and moral thing to do, it makes good business sense too.

"As many employers already accredited know, the benefits are clear - including increased productivity and reduced staff turnover."

Since last year, nearly 1,000 additional employers from across the country have signed up to pay the independently calculated rate, bringing the total number of accredited Living Wage organisations to nearly 3000.

They join household names such as IKEA, EDF Energy and National Express Bus, which have all signed up with the foundation.

First Minister for Scotland, Nicola sturgeon said: "The new Living Wage of £8.45 will be a welcome pay rise for thousands of Scottish workers and ensures people's basic wage continues to meet the real costs of living.

"For business, paying the Living Wage makes sense - it's an investment in people and all the evidence shows it leads to increased productivity and reduced staff absence and turnover, while sending a strong signal to customers about fairness."

According to research published yesterday by the audit, tax and advisory service company KPMG, one in five people are still paid less than the real Living Wage.