The union for professional drivers, GMB, have won their case against Uber after a London employment tribunal determined today that their drivers are entitled to basic workers rights. 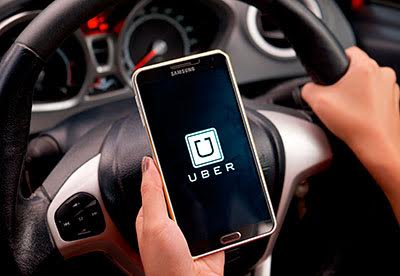 This is an unprecedented case in the UK, which tests the argument that those who work through mobile apps such as Uber are self-employed rather than through a company.

People who work this way do so in what is known as the 'gig economy', which involves organisations contracting with independent workers for short-term engagements, often without the same regulations found in other sectors.

GMB legal director, Maria Ludkin said: "This is a monumental victory that will have a hugely positive impact on over 30,000 drivers in London and across England and Wales, and for thousands more in other industries where bogus self-employment is rife."

The union found last year that a member working exclusively for Uber received just £5.03 per hour in August after costs and fees were taken into account, significantly below the national minimum wage.

Lawyers for the drivers also argue that Uber are acting unlawfully by frequently deducting sums from drivers' pay, often without informing them in advance, such as when drivers make complaints.

"It will impact not just on the thousands of Uber drivers working in this country, but on all workers in the so-called gig economy whose employers wrongly classify them as self-employed and deny them the rights to which they are entitled."

Although the full details of the judgment have not yet been published, it is believed that drivers will now be entitled to rights such as minimum wage, holiday pay, rest breaks, as well as the possibility of auto-enrolment into a workplace pension.

Hargreaves Lansdown head of retirement policy, Tom McPhail, said: "This is great news for anyone working in the gig economy as it means they are more likely to be eligible for a workplace pension, with all the attendant benefits and in particular the highly valuable employer contribution.

"It is also going to be a challenge for Uber and employers like them, in deciding what specific pension terms they want to offer their employees.

"They have some latitude on earnings definitions and deferral periods but however they deal with this, it is going to cost them time and money."

Uber have said they will be appealing the decision of this preliminary hearing.