Women leaving their job as a result of maternity/pregnancy-related discrimination is estimated to cost employers £278.8m a year according the Equality and Human Right Commissions (EHRC) research report 105 released today.

Women leaving their job as a result of maternity/pregnancy-related discrimination is estimated to cost employers £278.8m a year according the Equality and Human Right Commission's (EHRC) research report 105 released today. 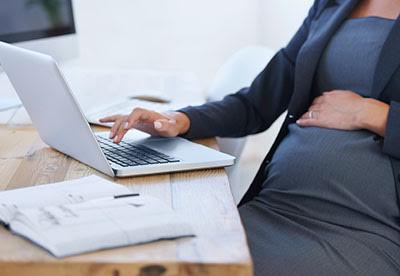 These costs are largely put down to recruitment and training costs, as well as a loss of productivity, and might be higher when taking reputational risks, loss of valuable staff and employment tribunals (ET) in to account.

The total cost to women forced to leave their job was estimated to be between £46.6m and £113m over the year following the event, while the overall cost to the state was estimated between £14m and £16.7m.

Chair of the EHRC, David Isaac, said: "Those who discriminate by forcing working mothers out are shooting themselves in the foot and incurring substantial costs.

"The best businesses know already that ending discrimination and unlocking the talent of women in the workplace makes them stronger and more successful.

"We encourage all businesses to follow their lead by supporting working mothers and showing zero tolerance of discrimination."

The estimated cost to women varies depending on when in the year they leave their job, with those leaving in the early stages of their pregnancy suffering the most financially.

However, the research found that women who keep their jobs, still collectively report a financial loss of up to £34m due to pregnancy discrimination.

This includes failing to gain a promotion, having their salary reduced, being demoted and receiving a lower pay rise/bonus then they would have otherwise.

Business Minister, Margot James said: "Not only is discrimination in the workplace illegal - it makes absolutely no business sense, with a significant cost to employers and a devastating impact on the careers of new mothers and pregnant women."

Previous research by the EHRC has shown that 77% of pregnant women and new mothers (390,000 people) experience negative treatment at work each year, and 11% are forced out of their jobs, while less than 1% reported lodging a complaint at an ET.

The Commission's recommendations include a review of access to justice for women who have experienced pregnancy or maternity discrimination.

In addition the government is called upon to extend the time limit for making an ET claim to six months for cases relating to pregnancy and maternity.

James added: "I'd like to thank the EHRC for helping to shine a light on this issue, which is a key priority of mine.

"Together we will raise awareness to prove all discrimination is both unacceptable and costly to employers."