UK GDP has fallen from 0.7% in quarter 2 to 0.5% in quarter 3 according to the Office for National Statistics (ONS) preliminary estimate released today. 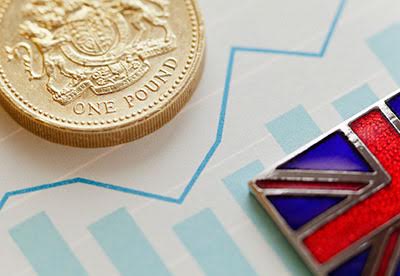 This is the first release of GDP covering a full quarter of data since the UK's decision to leave the EU.

However, growth is said to be 'broadly unaffected' by the Brexit vote, with a strong performance in service industries offsetting falls in other industrial groups.

Hargreaves Lansdown senior economist, Ben Brettell, said: "It's difficult to interpret today's figures as anything other than very good news for the UK economy.

"Some will be concerned about the absence of any rebalancing of the economy away from the service sector, however I don't see this as a problem."

In the latest quarter service industries increased by 0.8%, while output decreased in the construction, agriculture and production industries by 1.4%, 0.7% and 0.4% respectively.

"In an increasingly global economy, individual countries need to specialise in industries where they have a comparative advantage," Brettell added.

He went on to say that the Bank of England might deserve credit for bolstering the economy in the months after the referendum, but that today's results pour cold water on the chances of a further rate cut next month.

The ONS said their estimates were subject to revision as more data becomes available, but that these revisions are typically small between the preliminary and third estimates of GDP, with no upward or downward bias to these revisions.

This article appeared in our October 2016 issue of The Actuary.
Click here to view this issue
Filed in:
10
Share