Heathrow have confirmed to the government that expansion will be financed without their support, including the additional package of supporting measures. 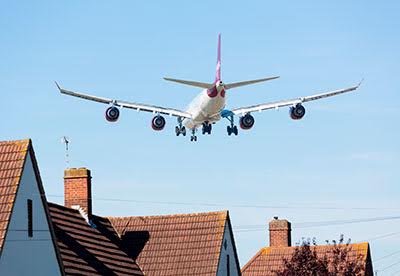 It was thought that to deliver the new expansion, public finance would be required to cover surface costs such as infrastructure surrounding the airport.

However the Department for Transport (DfT) told The Actuary that this would not be the case.

A spokesman said: "The Airports Commission concluded that the Heathrow North West runway scheme was commercially viable and financeable, and we agree that it can be financed privately."

"Heathrow will pay for any surface access modifications that are needed to deliver airport expansion, which may cost up to £1.5bn for works including the M25, A4 and A3044.

"We also expect them to pay a contribution to the cost of other projects that reflect the benefits they will get, including Western Rail Access and Southern Rail Access."

The government estimate a new runway at Heathrow will bring economic benefits to passengers and the wider economy worth up to £61bn.

In addition they expect 77,000 local jobs be created over the next 14 years, coupled with 5,000 new apprenticeships the airport has committed to create over the same period.

Transport Secretary Chris Grayling said the decision was 'momentous', adding: "I am proud that after years of discussion and delay this government is taking decisive action to secure the UK's place in the global aviation market - securing jobs and business opportunities for the next decade and beyond."

"A new runway at Heathrow will improve connectivity in the UK itself and crucially boost our connections with the rest of the world, supporting exports, trade and job opportunities.

To alleviate concerns regarding noise pollution, the government will propose a six-and-a-half-hour ban on scheduled night flights at Heathrow.

In addition legally binding noise targets will be put in place, encouraging the use of quieter planes and a predictable timetable of respite for those living under the final flight path, as well as compensation for those living in the surrounding area.

Grayling added: "We have made clear that expansion will only be allowed to proceed on the basis of a world class package of compensation and mitigation worth up to £2.6 billion, including community support, insulation, and respite from noise - balancing the benefits and the impacts of expansion."

After conducting work on the environmental impact of expansion, the government concluded that Heathrow is deliverable within air quality limits, if necessary mitigation measures are put in place, in line with the 'National air quality plan' published in December 2015.

However Chair of the Environmental Audit Committee Mary Creagh MP, is seeking assurances that any new airport capacity will comply with key environmental conditions.

She said: "My committee recently looked at what a third runway at Heathrow would mean for local residents and we will be seeking assurances from the government that the airport's proposals meet strict carbon emissions, air quality and noise standards."

"The government must ensure that current legal EU air pollution limits are retained after we leave, to protect the health and wellbeing of local people."