Wind energy could supply 20% of global electricity by 2030 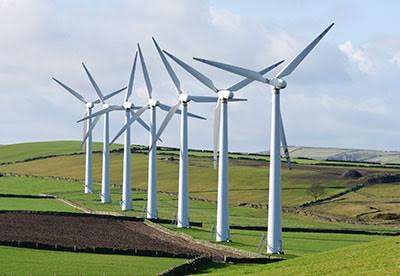 This would create 2.4 million new jobs, reducing CO2 emissions by more than 3.3 billion tonnes per year, and attract annual investment of around 200bn.

The report states that decreased prices for wind, solar and other renewables mean that a decarbonised power sector is now technically feasible as well as economically competitive.


GWEC secretary general, Steve Sawyer, said: "Now that the Paris Agreement is coming into force, countries need to get serious about what they committed to last December.


"Meeting the Paris targets means a completely decarbonised electricity supply well before 2050, and wind power will play the major role in getting us there."

New markets across Africa, Asia and Latin America are developing rapidly to support sustainable development, however Sawyer believes that achieving their goals will be challenging.

"Wind power is the most competitive option for adding new capacity to the grid in a growing number of markets," he said.

"If the Paris agreement targets are to be reached, that means closing fossil fuel fired power plants and replacing them with wind, solar, hydro, geothermal and biomass.

"That will be the hard part, and governments will have to get serious about it if they are to live up to the commitments to which they have now bound themselves."