Hurricane Matthew costliest to the reinsurance industry since Sandy

Estimated insured losses for the US and Caribbean could rise to £8bn according to Risk Management Solutions (RMS). 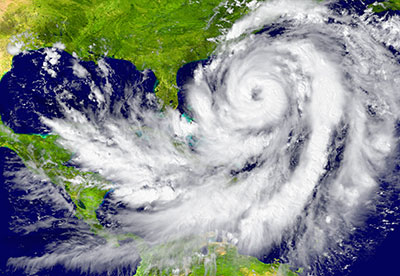 This would make Hurricane Matthew the costliest Atlantic hurricane to the (re)insurance industry since Sandy in 2012.

RMS hurricane modelling team product manager, Tom Sabbatelli, said: "In the immediate aftermath of a hurricane, there can exist a degree of uncertainty around loss estimates.

"Matthew's track parallel to the southeast US coast put significant amounts of exposure at risk from damaging winds and surge, which exacerbates this uncertainty."

Approximately 70% of the estimated US loss is to residential lines, with storm surge-driven coastal flooding contributing 30% of the all-lines loss.

RMS surveys exclude damage associated with inland flooding as post-event estimation of its impact can only be completed once the deluge has been concluded.

The private insurance industry is not expected to receive a high number of flood claims as Inland flood losses are covered by the National Flood Insurance Program (NFIP) or are excluded from insurance coverage.

However the RMS anticipates the insurance industry will cover inland flood losses incurred by commercial and industrial exposure, which are usually covered as part of a multi-peril or all risks policies.

Only one of the ten RMS event reconstructions generated a US loss in excess of $4bn, however they advise there is still a small possibility that losses could reach as high as $5bn.

"Even small variations in our ten wind and storm surge reconstructions over the wide swaths of exposure can have a significant impact on the estimated loss," Sabbatelli added.

RMS estimates do not include losses to the NFIP or to public buildings and infrastructure.