New policies must be adopted to avoid volatile food prices and declining food security, according to a Food and Agriculture Organization (FAO) report. 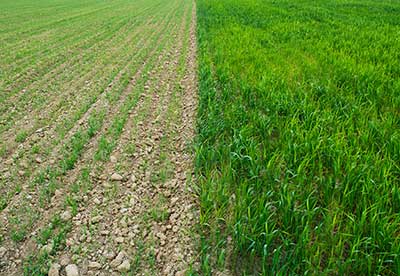 'The State of food and Agriculture 2016' reveals that poorer countries are the most vulnerable to the risks of climate change, but that the affects could be felt everywhere.

It states that agriculture must contribute more to combating climate change in addition to preparing for its potential impact.

FAO Director-General, José Graziano da Silva, said: "What climate change does is to bring back uncertainties from the time we were all hunter gatherers.

"We cannot assure any more that we will have the harvest we have planted."

The report suggests that a 'business as usual' approach could put millions more people at risk of hunger, particularly those who rely on agriculture for their livelihoods.

Most affected would be populations in poor areas in sub-Saharan Africa and South and Southeast Asia, however beyond 2030, negative pressures on food production will be increasingly felt everywhere.

Scientific evidence shows that 'climate-smart' practices such as the use of nitrogen-efficient crop varieties would reduce the number of people at risk of undernourishment by more than 100 million.

Yet the report emphasises efforts must be made to implement changes sooner rather than later as the adverse impacts of climate change will only worsen with time.

"2016 should be about putting commitments into action."

Earlier this year 'The Global Risks Report 2016', produced by the World Economic Forum, revealed that the effects of climate change are currently on course to result in a 20% increase in crop prices by 2050 and 70 million extra people to feed by 2030.

Graziano da Silva noted that agriculture would be high on the agenda at the UNFCCC's 22nd Conference of the Parties in Morocco starting November 7.