Two investment managers at Barings Multi Asset Group have warned they will remain underweight in sterling until there is political certainty over the UKs future relationship with the European Union. 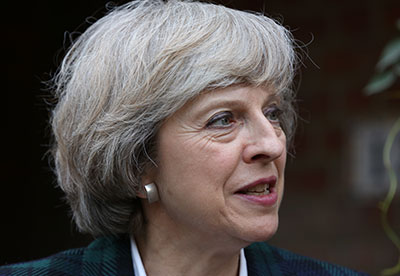 They also criticised rhetoric at last month's Conservative party conference as alarming to the business sector.

Sonja Laud and Merrick Styles said the rapid falls in the value of sterling in recent weeks had happened because "the easiest way for the market to express a negative view on 'hard Brexit' rhetoric is through the pound".

The 'flash crash' demonstrated that a sell-off in sterling and thin liquidity could trigger violent moves and they noted "our multi asset funds will remain underweight sterling until we see greater stability in the political situation and have more clarity on where Brexit is heading.

"As long as political risks and uncertainty remain elevated, it will be difficult to assess the fair value of the UK's currency."

They said helping the recent weakness of the pound "has arguably been the less business-friendly rhetoric at the Birmingham Conservative Party conference".

Investors had become alarmed by prime minister Theresa May appearing to turn towards a 'closed', as opposed to 'open' Brexit.

"The current government and its new prime minister are seemingly trying to be 'all things to all people'," they said.

"The tough line on immigration has in turn provoked increasing hostility from EU leaders. This suggests that the upcoming EU divorce negotiations could see a reduced chance of the UK maintaining free access to the single market greater investment uncertainty has been introduced into the UK's business sector."

May's comments "undermining the independence of the Bank of England and the tenure of the governor have exerted further pressure on the currency", they added.